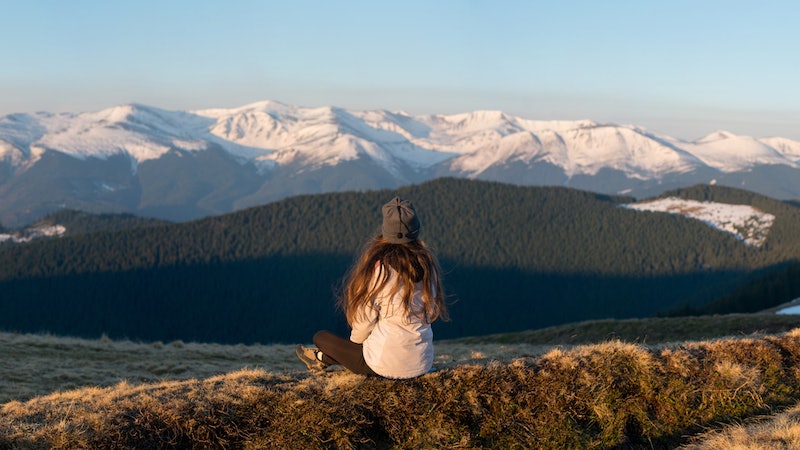 Something as simple as spending time outside can provide a powerful reset for your mental health — and research is proving it. When it comes to understanding the healing effects of nature, trust the outdoors-loving Scandinavians to have the edge. Friluftsliv, a word coined in 1859 by writer Henrik Ibsen, according to Mother Nature Network (MNN), loosely means “free air life,” and it signifies a fundamental understanding of the healing effects of nature. The Norwegian concept of friluftsliv, today used across Norway, Sweden, and Denmark, can make a big difference in your mental health, according to research.

Per a Stanford study published in the journal Proceedings of the National Academy of Sciences of the United States of America (PNAS) in 2015, urbanization, while linked to benefits like economic growth, is associated with rising rates of mental illness worldwide. According to the study, more than 50 percent of the world’s people now live in urban settings, and this number is expected to jump to 70 percent by 2050. With this in mind, the idea of using nature as a potential therapy for mental illness has never been more relevant.

According to the study’s authors, loss of access to nature “may help to explain the link between urbanization and mental illness,” including anxiety and depression. A 90-minute walk in a natural setting was shown to decrease negative thoughts in depressed study participants, and the study’s authors state that “accessible natural areas within urban contexts may be a critical resource for mental health in [a] rapidly urbanizing world.”

Friluftsliv essentially this idea, only as a deep part of Norwegian culture. MNN notes that the term encompasses an understanding of the essential connection between people and nature. Unlike the Danish term hygge, which emphasizes the importance of coziness combined with social connectedness, Friluftsliv points to the human need for uplifting interactions with nature. And both hygge and friluftsliv underscore basic needs that support fundamental human happiness and mental health.

“The history of outdoor life in the Nordics is long and really incorporated with the culture, since we have a lot of land and a small population,” Vandringsbloggen blogger Angeliqa Mejstedt told the BBC. “Even after we became more urbanized we had this longing to get back to nature and for the last 100 years … tourist boards have organized and educated people about how and why to spend time outdoors,” she said.

Outdoor Journal reports that friluftsliv goes beyond just getting outside for a jog (though that’s great, too). It’s rooted in mindfulness, a feeling of being connected to a larger whole, and a sense of communing with nature. Traditionally, friluftsliv means “a state of mind which doesn’t necessarily require any physical activity,” Outdoor Journal writes. “All that is needed to experience this blissful state is to be in the context of nature.”

“From observations in psychotherapy we know that mental health and well-being become elevated when people experience some kind of engagement or connection with the larger world, outside of themselves,” writes Psychology Today. “Any form of immersion in the natural world, outside of your internal world, heightens your overall well-being, [and is] an essential dimension of true mental health.”

Getting outside, exploring nature, and having time to just be in the moment without distractions, phone notifications, and daily pressures, is one of the simplest ways to recenter your mindset, especially when winter blues may be getting you down. While getting out in nature is no substitute for mental health treatment under a doctor's supervision, making time to hike, get to a park, or even just walk around your block in the winter can make a difference in your mental health and mood.