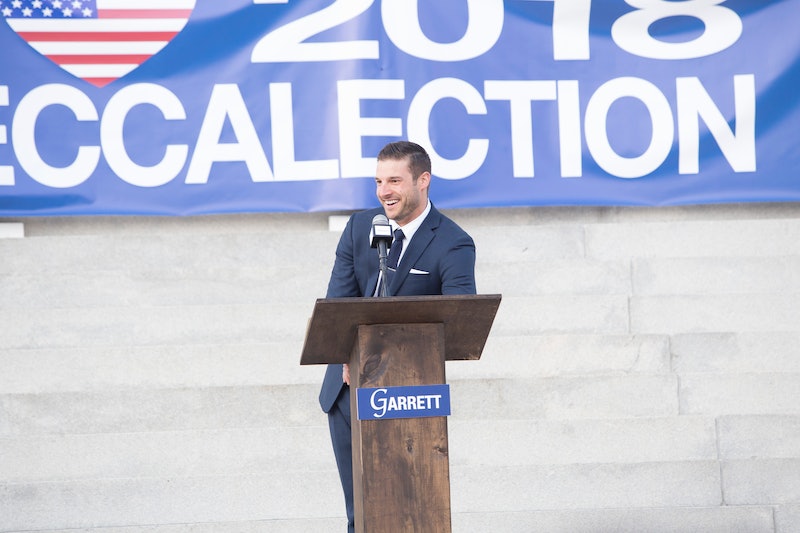 It's come down to Garrett, Blake, and Jason on The Bachelorette, so it's only natural for fans to look through their social media feeds for any evidence of what they're doing now. With the grand finale right around the corner, audiences are this close to finding out who Becca has chosen. And honestly, it could be any of them at this point. The subject of this season has said that she can see a future with all three men, which is both good and bad news for them, since she can only pick one. Sometimes, you can make a guess about the winner using their social media profiles. So what Garrett is doing after The Bachelorette and does it involve anything that could possibly related to Becca?

While the California farm boy hasn't revealed his Bachelorette fate, audiences can still gather a few things from his Instagram account. For one thing, the California-native and Reno-transplant has been posting updates about the reality show with behind-the-scenes photos from that week's episode. Unfortunately, his messages don't reveal much about the couple's current relationship status. "Find someone who you can always laugh, be happy, and have fun with. Watch the @bacheloretteabc tonight as I continue my search for that!" he says in one such post, which is coupled with a romantic photo of him and Becca laughing in the Bahamas. So, other than his Becca-themed posts, what has Garrett been doing since filming The Bachelorette?