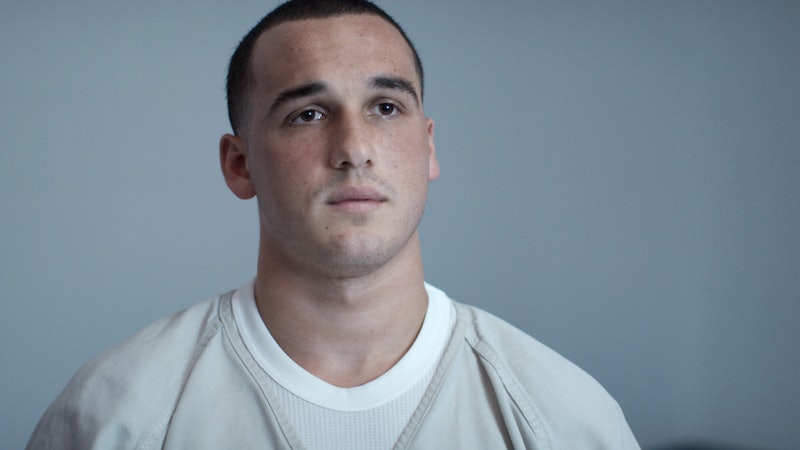 If Friday Night Lights taught us anything, it's that high school football is a big deal in Texas. So when a high school football star was accused of sexually assaulting two 4-year-old boys at an in-home daycare in 2013, the people of Williamson County, Texas were drawn into one of the most controversial cases the county had ever seen. In 2014, Greg Kelley was convicted of aggravated sexual assault against a child and sentenced to 25 years in prison. But a few years later he was free and completely exonerated, the Washington Post reports. The whirlwind case and public response is the subject of Outcry, a five-part documentary series that hits Showtime on July 5. But fans of the series will want to know, what is Greg Kelley doing now?

Directed by Paul Kondelis, Outcry examines Kelley's contentious conviction for child molestation when he was 18-years-old and the quest for truth and justice by his friends, family, and supporters. The investigative series features those who were just as sure of his guilt a they were of his innocence. But as the story unravels over the course of three years, and the community became more and more divided, those assured of his guilt began to learn more.

In 2017, authorities reopened the case "after receiving 'credible' evidence that a different person may have been involved in the assault," reports KVUE, the ABC affiliate in Austin, Texas. Kelley was released from prison in 2017 on bond while the investigation proceeded, and in November of 2019, Kelley was completely exonerated and found innocent of all charges, KVUE reports.

Kondelis began filming the series while Kelley was still in jail. A friend of a friend approached him at the SXSW festival in 2017 and said there was a story he should look into. "Now I've heard that no less than a thousand times before, but this story was certainly unique and quickly hooked me," Kondelis told SXSW.com. "I was in shock multiple times over the revelations," Kondelis told Sports Illustrated. "I've never had less control over any story I've told before. This was us just sitting back, along for the ride." Three years later, Outcry premiered at the 2020 SXSW fest.

Otherwise, Kelley seems to be moving on with his life. Not long after his exoneration, Kelley was accepted to the University of Texas at Austin. In January of this year, Kelley married Gaebri Anderson whom he calls his "eighth grade sweetheart." Kelley is active on Facebook, where his proudly discusses his Christian faith and promotes his business, Tomahawk Targets, where he builds ax throwing supplies.