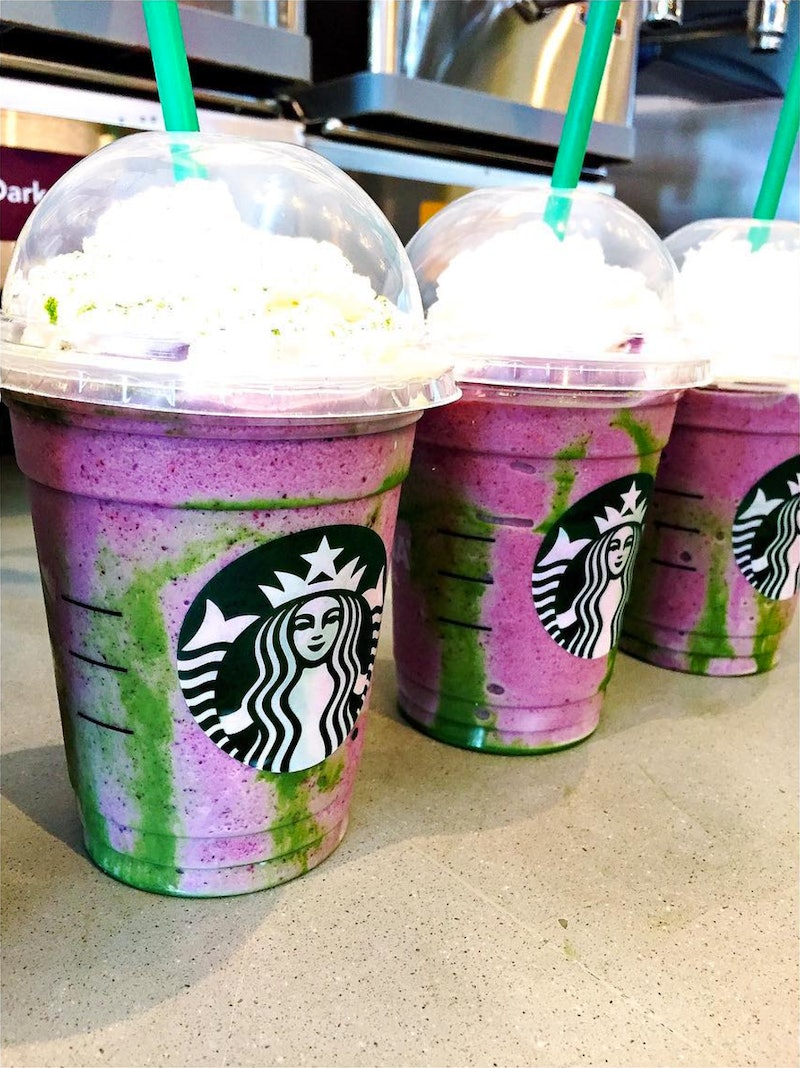 First there was the unicorn, then the dragon, and now... the mermaid? That's right — a very clever Starbuck's barista named Jócelyn Freeman (of the blog The Modern Barista) invented the Mermaid Frappuccino and everyone is, yet again, going nuts over this new drink. This genius barista posted the recipe on her Instagram for the world to know what's in the Mermaid Frappuccino, and how to order one at your local Starbucks store.

According to Freeman at her Instagram, @themodernbarista, this is the recipe to let your barista know so you can enjoy this delicious pink and green drink.

To put it simply, the Frappuccino is a Pokémon Go Frappuccino without raspberry syrup drizzled with a toasted coconut matcha sauce. It is then topped with whipped cream and matcha powder.

For more specific terms, here is what you order:

And don't worry — there are even more novelty drinks like this one officially coming up soon. According to Starbucks' CEO in an interview with CNBC, after a huge business boom with the Unicorn Frappuccino there will certainly be more specialty drinks to come. So stay tuned for more fun drinks to order as summer rolls around! But for now, put on your flippers and go order a Mermaid Frappuccino at Starbucks today. Then take a picture of it, obviously.