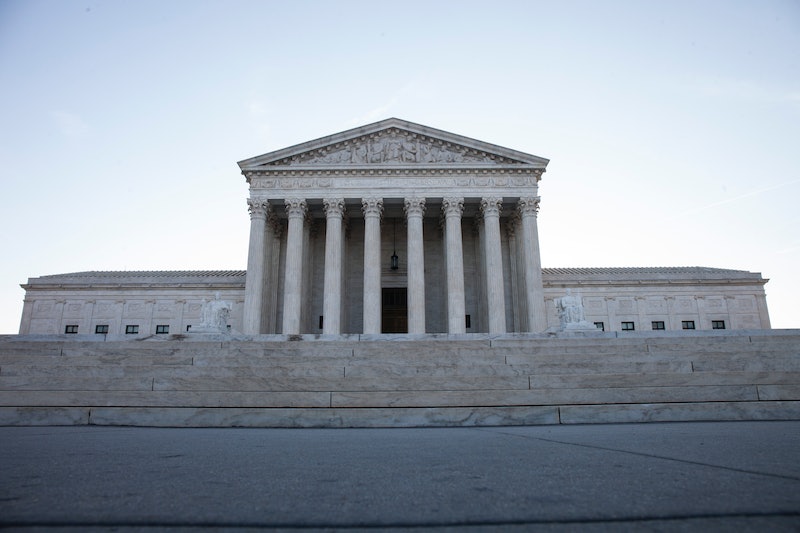 One of the few unambiguous accomplishments of the first year of the Trump administration has been the confirmation of Justice Neil Gorsuch to the Supreme Court. After a controversial process where President Obama was stopped from filling the vacant seat, President Trump was able to nominate the arch-conservative and make his supporters happy. Now, Judge Gorsuch is poised to fulfill conservatives hopes for a Trump presidency, as he could help Supreme Court conservatives seriously hamper the power of unions in Janus v. AFSCME.

On Thursday, the court announced that it would take the case of Mark Janus, an Illinois state employee, about having to pay union fees to the American Federation of State, County and Municipal Employees (AFSCME), the national union that represents public sector workers, even though he's not an AFSCME member.

Under current law, based on the 1976 Supreme Court case Abood v. Detroit Board of Education, since the union bargains with management on behalf of all employees, even non-members, all workers that benefit from the union contract have to pay some level of union dues, though non-members are exempt from the full payments and portions related to political activities. In 22 states that do not have "Right to Work" laws blocking mandatory-fee contracts for public workers, all workers employed by a government have to pay some portion of union fees.

Last year, the Supreme Court heard a case challenging Abood, in Friedrichs v. California Teachers Association over this issue. With Justice Scalia's empty seat being held open by Senate Majority Leader Mitch McConnell, there were only eight justices on the Supreme Court, and the court deadlocked at 4-4, leaving the precedent in Abood standing. But with the court's four conservatives (Chief Justice John Roberts, Justice Anthony Kennedy, Justice Clarence Thomas, and Justice Samuel Alito) already having shown where they stand on the issue, the addition of Gorsuch to the Court almost certainly guarantees that there will be a majority to overturn Abood.

Ending mandatory union dues could be a crippling blow to the power of unions in the United States. If there are no mandatory fees, workers benefit from the collective bargaining of unions without having to contribute anything themselves. As a result, fewer employees would be incentivized to join the union at all, cutting their power. Both the drop in membership and in non-members paying fees would lead to a massive drop in union fundraising, cutting their power even more so.

The drop in union power has had a significant impact on American politics and the economy. Organized has been the source of many of America's laws protecting workers, such as ending child labor, the five-day work week, employers providing health insurance to employees, the minimum wage, and the incomplete push for paid family leave. They also represent a vital base of power for the Democratic party — labor unions have historically been the biggest donors to Democratic candidates, able to contribute larger sums of money than individual workers could and counteracting the influence of rich donors.

As unions have declined since the 1960s, the Democratic party has moved away from its working-class roots, and sought more support from big business and corporate donors. This feeling of the party representing the interests of the wealthy carried over to the 2016 election, when Hillary Clinton lost the votes of the white working class, historically the Democrats' core base of support.

The shift of power away from unions has also coincided with a massive shift of wealth toward the richest in society.

Donald Trump ran for president promising that he would turn the GOP into a "workers' party." But his biggest accomplishment since entering office has been to get a judge on the Supreme Court who had previously ruled that a truck driver could be fired for abandoning his cargo to save his own life. In his first full term on the Court, Neil Gorsuch will likely deal the biggest blow to the power of workers in decades.