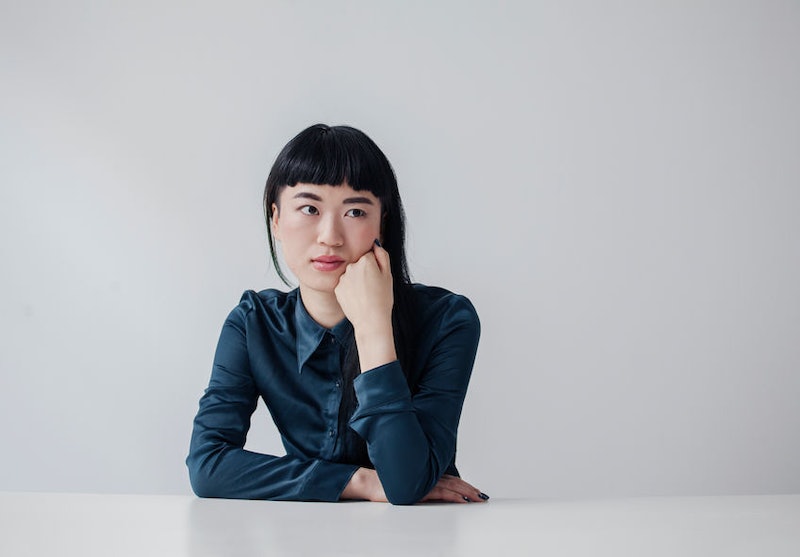 So you rang in the New Year with glitter, champagne, and grandiose declarations that 2019 will be your best year yet — but less than a week later, you're already feeling like you've failed. Turns out there's a name for that very feeling: Janxiety. And what is Janxiety? As the Evening Standard explains, it's is the sensation of plummeting from your holiday high back to reality, with a struggling bank balance and a diary full of already broken resolutions. But here's two servings of good news for you: firstly, you're far from alone in your Janxiety, and secondly, you're more than capable of conquering it.

There's a crucial difference, of course, between an actual anxiety disorder and the temporary sense of ill-ease after the holiday season. But what causes Janxiety? Well, the return to normality after the holiday season doesn't help, for a start. And then, as the Evening Standard points out, there's the pressure to fulfil your New Year's resolutions — plus the sense of failure if you've already let them slide.

The thing is, according to the Guardian, New Year's resolutions are pretty much destined to fail. As the newspaper explains, the "fresh-start effect" convinces you that a "temporal landmark" like the New Year offers you a brand new beginning, an opportunity to reinvent yourself and consign your failings to the past. But there's nothing about this time of year that makes goals easier to achieve, plus our expectations often inflate far beyond probability, leading to the most likely outcome: disappointment. Basically, you're not a failure if your New Year's resolution has eluded you — you're a human being.

So what can be done about Janxiety? The Evening Standard offers some practical solutions. If you're feeling stifled by your return to your desk job, you can try a new activity to keep things fresh, or even hunt for a new job that aligns more closely with your goals. Setting a budget or finding another way to pay closer attention to your finances (the newspaper suggests getting a Monzo card) might help to quell those money worries. And decluttering your home, stripping away the last holiday decorations, might provide a calmer environment to wind down in.

Or there is, as Grazia points out, an alternative route: just let it pass. As the magazine notes, you might find it more helpful to remind yourself that January — and in turn, your Janxiety — won't last forever. And in the meantime, try to be kinder to yourself. Under 10 per cent of New Year's resolutions are maintained, according to the Guardian, with 25 per cent failing before January 15 — so if you've already broken yours, you're in pretty good company.

In fact, learning to give yourself a break this year might be the most valuable resolution of all. Frankly, January is a miserable month: it's freezing all the time, you're broke, and where there once was tinsel and jollity, there's now stark reality and the flu. If it's duvet days and Deliveroo that will get you through it, then duvet days and Deliveroo you shall have.