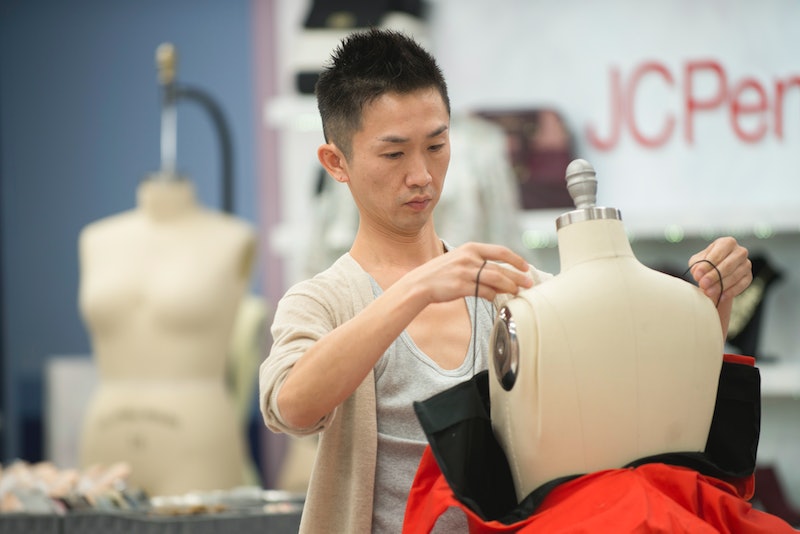 Making it into the finals by the skin of his teeth, Kentaro looks to have an uphill battle ahead of him if he’s going to claim this season’s champion title. But, what is Kentaro from Project Runway doing now post-competition)? Before getting into what is shaping up to be a difficult finale for him on Nov. 16, it may be helpful to remember where Kentaro started out from and his journey this season.

Kentaro Kameyama is a 38-year-old designer based out of Los Angeles, California. Having studied at FCI in downtown LA, he said on his Lifetime profile that his biggest weakness was that he can “only fully function at night.” However, that sure didn’t stop the nightowl from early success on the show. The Atlanta Journal-Constitution had pegged him as a rising star to watch and a true contender to be a finalist. At the midway point of this season, he had won once and placed top three multiple times.

But, while that outlet certainly called that he’d be in the finals, Kentaro didn’t get there easily. Despite his early success, in later weeks he would struggle. In fact, in the last two weeks of competition before the finals, he finished at the bottom… in both weeks. That doesn’t mean he can’t turn things around, however. As a writer with Babble suggested, “Kentaro needs to Dictionary.com the word ‘cohesive,’” since the judge’s and Tim Gunn’s harshest criticisms of Kentaro were the overall lack of cohesion between the garments they were seeing from him leading into the finale.

At the end of the day, where he finishes may not even be up to him. He’s got stiff competition in the form of three other designers — Brandon Kee, Margarita Alvarez, and Ayana Ife to deal with, as well. While not all designers (or fans of design competitions) may be math geeks, it’s important to note that Kentaro’s chances to win don’t look too great. When Kenya was still in the competition, out of the five designers, Kentaro was actually ranked as the least likely to win at 50 to 1 odds, according to Gold Derby. Ahead of him were Bradon Kee in first at 1 to 2 odds, in second Ayana Ife was at 6 to 1, followed by Margarita Alvarez at 13 to 2, and Kenya Freeman was above Kentaro at 28 to 1. Although, she did go home before him, so maybe odds aren't everything.

Also, winning isn’t everything. He’s certainly one of the most interesting and eccentric designers this season has seen, and his outfits will always garner a reaction, whether good or bad. Even the way he thinks is fascinating. Take for example, how he determined the music for his final runway show. Being a classically trained pianist, he ended up writing the music himself based on his experience of listening to the sound of a dead cat buried in the ground. No, you didn’t misread that.

His creative energy seemingly knows no bounds, and it’s one of the many reasons that fans have been drawn to him and his designs all season long. What’s in his future though is a bit murky. While in an interview with Fashion Thirst, when asked about his future clothing or potential fashion shows, he responded, “Nothing will be coming up as far as I know.” But then, he posted some textiles on Instagram near the end of October with the caption: “#newcollection.”

So, while nothing is officially out and available at the moment, it would certainly seem he’s as hard at work as ever. So, whether he wins the show or not, it’s clear there’s life after Project Runway for Kentaro Kameyama — and his fans will be following his every creative move.