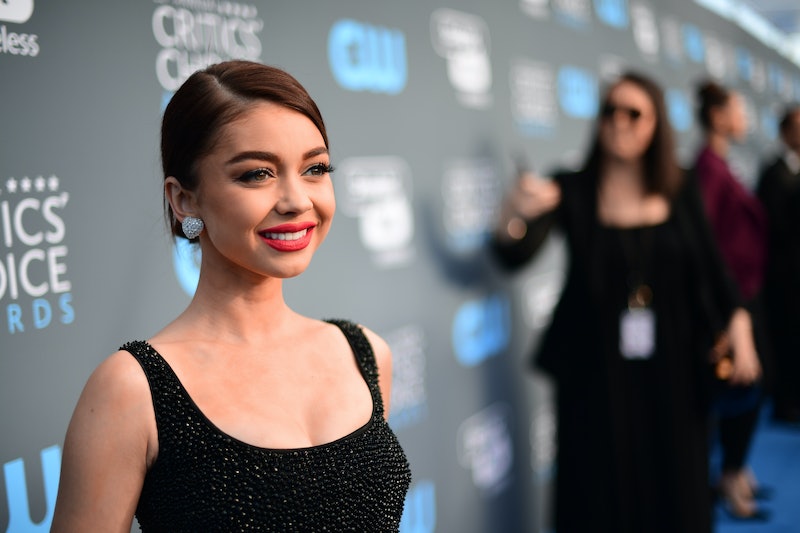 In a recent interview with SELF, Modern Family actress Sarah Hyland opened up about living with kidney dysplasia, and the two kidney transplants she has undergone as a result. But what exactly is kidney dysplasia?

The National Institute of Diabetes and Digestive and Kidney Diseases, a department of the National Institute of Health (NIH) says the kidneys are two bean-shaped organs about the size of a fist that are located right below the rib cage on each side of the spine. The kidneys filter waste out of your blood to produce urine, and the urine flows from the kidneys to the bladder, according to the NIH. But, says the NIH, in kidney dysplasia, the tubes connecting the kidneys to the bladder, called ureters, don’t develop completely, so urine collects inside the kidney and form fluid-filled sacs called cysts. Kidney dysplasia is congenital, so it’s a condition people are born with, according to the NIH.

If only one kidney is affected, a person can go for years without even knowing they have kidney dysplasia, according to Mayo Clinic. That’s because the healthy kidney will grow bigger and pick up the slack for the affected kidney, says Mayo Clinic. But the NIH says more severe cases of kidney dysplasia require dialysis to filter waste from the blood and, eventually, a kidney transplant.

That’s what happened to Sarah Hyland. Hyland had her first kidney transplant in 2012, which her body rejected, according to PEOPLE. “When you have an organ transplant, it's basically a foreign thing in your body,” Hyland told SELF. “Your immune system will want to attack it and be like, ‘What is this? This is not supposed to be here.’” Hyland told SELF she experienced overwhelming fatigue and frequent fevers and infections as her body rejected the new kidney. According to SELF, a visit to the doctor revealed the new kidney was not filtering the waste product creatinine from her blood.

Hyland went on dialysis for the first time on Valentine’s Day of 2017, says SELF, which required implanting a port device into her chest. But dialysis wasn’t enough to jump-start the transplanted kidney, so doctors had to remove the new kidney.

"We did all of these tests and all of these treatments to try and save the kidney," Hyland told TODAY. "But they basically said the transplanted kidney was like a house that caught on fire. You can't un-burn a house." According to TODAY, doctors aren’t sure why Hyland’s body rejected the first kidney, which was donated by her dad. Hyland’s younger brother, Ian, was the donor for her second kidney transplant, says TODAY.

The NIH says kidney dysplasia is actually a really common condition that affects about one in 4,000 babies. Hyland isn’t alone in her experiences with this condition, but her speaking openly about it can help lessen the stigma associated with living with chronic conditions.