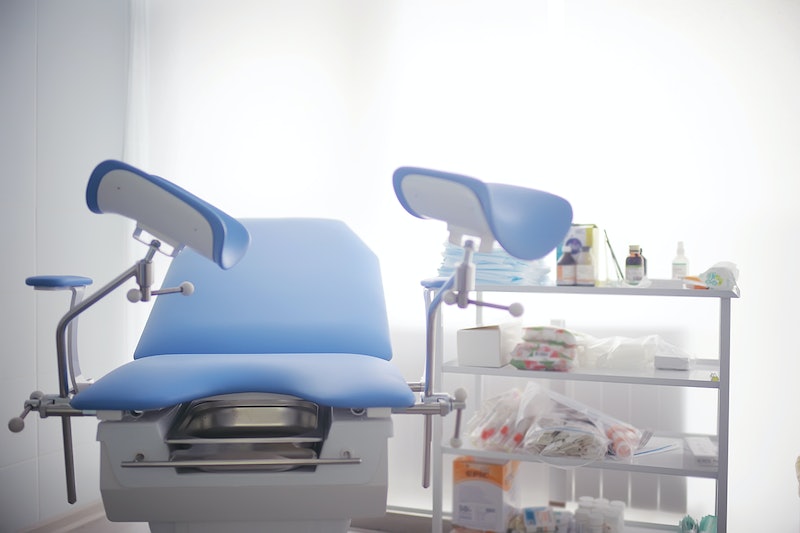 In a story that's equal parts illuminating and upsetting, Cosmopolitan reported that people with vaginas are losing their ability to orgasm after undergoing LEEP, or loop electrosurgical excisional procedure. LEEP, which uses a small electrical wire loop to remove cells from the cervix via an electric current, is considered to be a safe, non-invasive way to remove pre-cancerous cells from the cervix.

But unlike equivalent procedures used to treat prostate cancer in men, it hasn't been extensively studied to determine whether or not it has serious adverse sexual side effects, Dr. James Simon, MD, president of the International Society for the Study of Women’s Sexual Health, told Hannah Smothers for Cosmo.

While it comes as no surprise to anyone with a vagina that ensuring a their continued sexual satisfaction is not considered as important as preserving a man's when recommending treatment plans, it's maddening to think that millions of people are undergoing this procedure without knowing the risks. The risks of LEEP can include pre-term birth in future pregnancies, pelvic infection, damage to other pelvic organs, and damage the vaginal wall, according to Planned Parenthood, which does not cite adverse sexual side effects as a risk for LEEP.

And while the procedure can be lifesaving, and not everyone who undergoes it experiences sexual side effects, a 2010 study published in The Journal of Sexual Medicine concluded that the risks are real.

"Having LEEP done along with other 'non-surgical' parts of cervical pre-cancer management is associated with small but statistically significant decreases in overall sexual satisfaction, vaginal elasticity, and orgasmic satisfaction when interviewed near to the procedure at 29.3 weeks post-operation," the study reported.

There are options other than LEEP for removing pre-cancerous cervical cells. According to the Baylor College of Medicine, cervical dysplasia can also be treated with cryocauterization or cryosurgery, which uses extreme cold to freeze or destroy abnormal cervical tissue, or laser therapy.

In some cases, doctors may recommend a surgery called a cone biopsy or cervical conization, which "involves removing a small cone-shaped sample of abnormal tissue from the cervix." But without knowing all of the risks involved with each procedure, patients aren't being given the opportunity to make an informed decision.

What's more, a paper published in the American Journal of Obstetrics and Gynecology found that all treatments for cervical dysplasia can impact a persona's sexual function, and more research is warranted to properly assess side effects.

"Overall, the studies of sexual impact from treatment for CIN [cervical intraepithelial neoplasia] and VIN [vulvar intraepithelial neoplasia] have found that [people] do not return to their pre-treatment sexual function," researchers said. "The studies are limited by the fact that, for the most part, they have not used validated sexual function questionnaires, they have had small sample sizes, and they have not assessed partner dynamics directly."

In the Cosmo article, Smothers spoke with several people who reported losing their ability to enjoy sex after undergoing LEEP. One person said they went to multiple doctors over a period of years before one doctor finally confirmed their suspicions that the procedure severed vital nerve endings in their cervix, effectively cutting off communication between the genitals and the brain.

If you've never stopped to think about the connection between your brain and your genitals, it actually makes a whole lot of sense. No part of the body is a solo artist. In order for your body to function properly, each part must play together like a band. This is true for all bodies, not just male ones.

But until recently, the connection between the genitals and the brain was only studied in men. However, a 2011 study published The Journal of Sexual Medicine found that certain regions of non-male brains are affected by various sensory stimuli to the genitals. (Of course they are!)

No one is arguing whether or not procedures like LEEP save lives. They absolutely do. However, the fact that it took until 2011 for scientists to neurologically map a non-male body is evidence that doctors may not be aware of the possible sexual side effects of these procedures.

"The average gynecologist knows very little about sexual function," Dr. Andrew Goldstein, MD, an OB/GYN in Washington, D.C., who performs LEEPs in developing countries, told Smothers. "I guarantee they couldn’t tell you the nerves that go to the cervix."

If you do need to have pre-cancerous cells removed from your cervix, be your own advocate and ask a lot of questions. Find a doctor you trust who will listen to all of your concerns so you can make the choice that's right for you.