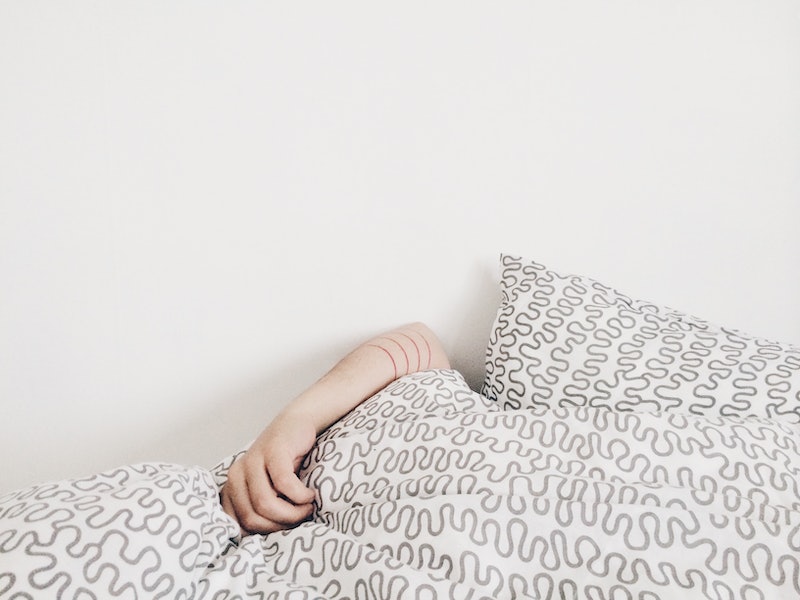 Friends, I have terrible news: We have entered norovirus season. What is norovirus, you ask? Oh you sweet, innocent, beautiful summer baby child. If you’ve never had a reason to know what norovirus is, you have been very lucky, indeed. If you’re familiar with the illness, either because you’ve contracted it or because someone close to you has, then you already know that it is The Worst. (OK, fine, in the vast list of diseases that affect humans,it’s not actually the worst — it’s fairly short lived, and you probably won’t die from it. But norovirus is a nasty, highly unpleasant, highly contagious illness that you very much do not want to have.)

Norovirus in an infectious disease that you may have also heard described as “winter vomiting disease” or “stomach flu.” Norovirus is not the flu, though, like influenza, norovirus is a virus that mutates, which means that humans are unable to develop immunity to it. For that reason, it’s possible to get norovirus over and over, even every year. Norovirus is very contagious and difficult to kill, which is why norovirus outbreaks tend to flare up quickly and affect large numbers of people.

According to the Centers for Disease Control and Prevention (CDC), norovirus causes inflammation in the stomach or intestines (or, in some cases, both). Common symptoms of the disease include vomiting, diarrhea, nausea, and stomach pain. Those afflicted with norovirus may also experience fever, body aches, and headaches. Onset of norovirus symptoms is swift, occurring within 12 to 48 hours of exposure. Fortunately, the illness usually doesn’t last more than one to three days, but people with the virus will continue to be contagious for a few days after they start feeling better.

Right now, we are in the thick of norovirus season, which usually reaches its highest point between January and March. CDC data shows that, so far, the 2016/2017 season is an average year for norovirus. Though things could be worse, the virus will still affect a lot of people: NBC News reports that norovirus afflicts 21 million Americans every year, with 70,000 people going to the hospital because of the illness. Although norovirus is not nearly as deadly as the flu, which causes 36,000 fatalities a year, norovirus kills as many as 800 people annually. The virus is especially dangerous for elderly people, as it poses a major risk for dehydration.

Because it is so contagious, preventing norovirus can be a challenge. You can get the virus from shaking hands, from doing the laundry of someone with norovirus, or from food prepared by someone affected by the disease. NBC reports that, in 2012, nine members of a girls’ soccer team caught the virus after eating packaged cookies that had simply been carried in a shopping bag that was exposed to the disease. (Eeesh)

There are a few things you can (and should!) do to protect yourself and prevent the spread of norovirus. (The CDC has made a handy video with prevention advice, which you can view, above.)

1. Wash your hands thoroughly and frequently.

The first step in preventing norovirus is to wash your hands, especially before you prepare food and after you use the bathroom. TODAY reports that the alcohol in hand sanitizer won’t kill the disease — you need to actually wash your hands in hot water with soap for 30 seconds. And be thorough about it — norovirus can hide under your nails.

Norovirus is resistant to alcohol, and won’t be wiped away by many common cleaning agents. The CDC recommends that you clean any areas that may contain norovirus with a bleach-based cleaning solution.

3. Launder any clothes or linens with norovirus ASAP.

If you’re taking care of someone with norovirus (lucky you), there’s a good chance that bed linens or clothing will get vomit or feces on them. Be sure to wash these items immediately, handling them with gloves, if possible. The CDC warns that you should not shake these items, as the virus can become airborne and land on other surfaces.

Finally, if you do get norovirus, STAY HOME. Norovirus is very contagious, so for the health of your coworkers, this is not a situation in which you should try and power through. Stay home, drink a lot of fluids, and try to avoid contact with others. When you start feeling better, it’s a good idea to stay home for another couple of days, as you’ll remain contagious even after you recover.