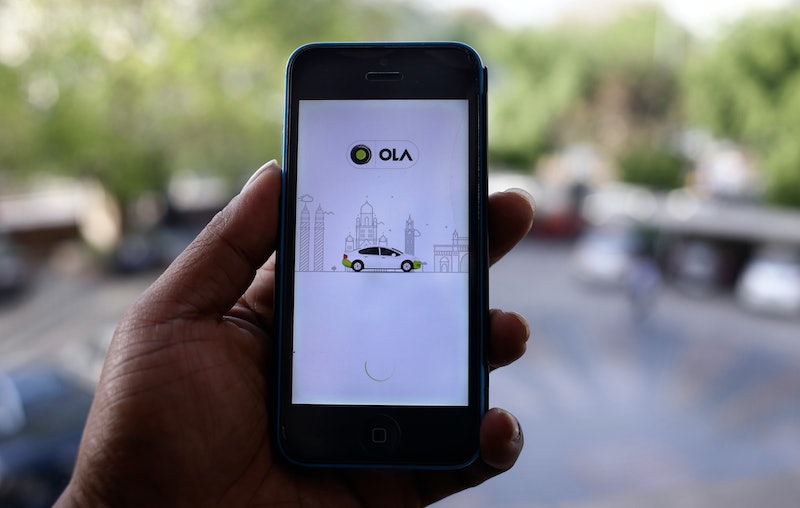 In the UK, and London specifically, the taxi app market is pretty saturated. However, with the future of Uber's London licence in doubt, the competition has never been fiercer. This is where Ola, London's newest taxi app, comes in. But what is Ola, and how does it work exactly?

Despite launching back in 2018 in Wales and the South West of England, Ola is brand new to London, having only landed in the capital this month (February 2020). The app is currently trailing behind Uber, Bolt, and Kapten in terms of download numbers in the UK, according to data from App Annie, but worldwide it serves more 200+ million customers.

Speaking ahead of Ola's London launch, Simon Smith, head of international for Ola, told the Evening Standard: “We’ve found that British people appreciate quality and safety and that’s even more so in London. We’ve taken our time to ensure we have a strategy.”

Ola uses AI and machine learning to automatically detect if there is any sort of irregular activity in the vehicle. Its 'Guardian' feature aims to help you feel safer while in the car by looking out for potential red flags such as prolonged stops or unexpected route deviations. And, on top of that, before you've even get in the car, you'll be sent a one-time Start Code when booking, helping you ensure you are correctly matched with your driver and get into the correct car. Start Code works by sending riders a unique four-digit passcode after booking a ride, which the driver then needs to enter in correctly before the ride begins. This ensures the right customer is matched to the right car and driver, and so you're not just getting into a random, potentially unsafe, car.

As with other taxi apps, you can share your journey with friends or family members for increased security, too. There's also an emergency button in the app which, when pressed, connects you to the police immediately.

The Ola website says safety and integrity is of the upmost importance, citing community, difference, empathy and action as key values. But the app hasn't totally escaped criticism during its time in the UK. Back in December 2018, the app's terms and conditions advised women to have “prudence in offering or accepting a ride,” the Independent reports, which, as politicians pointed out at the time, seemed to suggest the onus was on the users to protect their own safety. In response, Ola amended its T&Cs, explaining the incident had occurred as a result of a “technical error.”

In addition, during July 2018, an Ola driver was accused of kidnap in the Indian city of Bengaluru. At the time of the incident, a representative from Ola said: "We are deeply disturbed to know about the incident. We are also engaging with the police to lend assistance in their ongoing investigations." A few weeks before, another Ola driver in the same city was accused of molesting a passenger. In response, an Ola said: "We regret the unfortunate experience the customer had during the ride. We have zero tolerance for such incidents and the driver has been blacklisted from the platform as an immediate action." They added that the "safety of customers is our top priority."

More like this
TikTok Has A Genius Old School Hack For Saving Money
By Sophie McEvoy
This Dark Humpty Dumpty Theory Will Haunt You
By El Hunt
This Wordle Rival Is Taking Social Media By Storm
By Sam Ramsden
Ben & Jerry’s New Sundae Flavours Are A Chocoholic’s Dream
By Sophie McEvoy
Get The Very Best Of Bustle/UK
Sign up for Bustle UK's twice-weekly newsletter, featuring the latest must-watch TV, moving personal stories, and expert advice on the hottest viral buys.