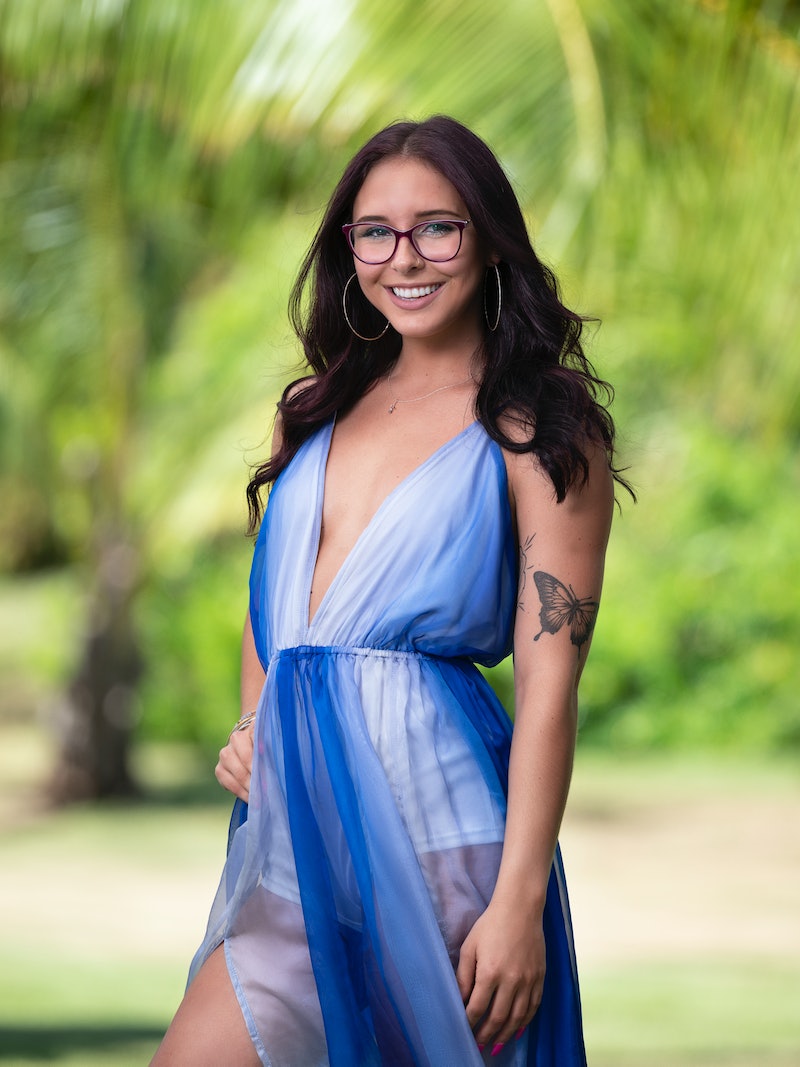 When Payton arrived on Temptation Island as one of 12 single women sent to tempt the four coupled up guys, she immediately set her sights on Ashley H.'s boyfriend Casey. Unfortunately, the feeling wasn't mutual, and at this point, it seems unlikely that she'll leave the show in a relationship as she hoped to. But it may have been for the best: after leaving Temptation Island, Payton seems to have found love off-camera.

Just two days after the Season 2 premiere, Payton shared an Instagram photo of herself with a guy named Mitchell. The Oct. 12 post featured a few pictures of Payton with various people at what seemed to be a Temptation Island viewing party, but the main image was of Payton and Mitchell.

A few weeks later, on Oct. 31, Payton posted another picture of herself and Mitchell dressed up for Halloween and looking pretty cozy. She accompanied the post with a Harley Quinn quote which read, "I love him not for the way he silenced my demons, but for the way his demons dance with mine." She also included two heart emojis. A follower commented on the picture asking when Mitchell would be bringing Payton to his hometown, to which he responded, "We'll be home for Thanksgiving."

The most recent photo posted on Payton's profile on Nov. 20 is another one of her and Mitchell, this time after a concert. They look really happy together, so it seems like things are going pretty well for the couple, and that leaving Temptation Island still single was better in the long run for Payton.

Besides her new relationship, the 23-year-old bartender has kept a relatively low profile on social media. She shared a cryptic tweet on Nov. 12 about the dangers of getting lost in your own thoughts and a follow-up on Nov. 13 about jackets being the ultimate winter statement pieces, but most of her online activity seems to be promotion for Temptation Island. Hopefully, her new relationship will go well enough that she doesn't wind up back on the show.