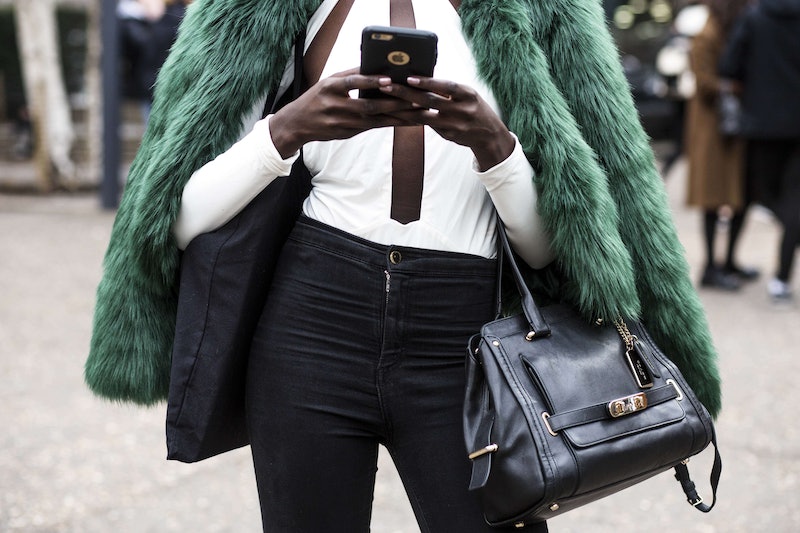 As somebody whose phone was wrecked thanks to rain last Saturday, I can tell you with certainty that that little piece of tech is essential. Dinner dates were thrown into chaos, emails were missed, and I lost a grand total of two Instagram followers. Since then, I’ve been glued to my new phone, panicking about where it is and living in constant anxiety that I’ve missed an important notification. However it turns out I’m not the only one, as apparently the phenomenon has become so common that it’s actually been given a name. So, what is phantom ringing syndrome?

According to CBS News, phantom ringing syndrome occurs when you “think your mobile phone is ringing or vibrating when it’s not”. The publication reports that in one study of over 290 US college students, “nearly 90 percent of them said they sometimes felt the phantom phone sensations” with 40 percent saying it happened “at least once a week.” Dr Robert Rosenberger at the Georgia Institute of Technology told The Independent that the phenomenon is caused by “learned bodily habits.”

You see, Rosenberger actually did an entire study on it and published his research in the Computers in Human Behaviour Journal. In it, he described the phenomenon as “phantom vibration syndrome” and revealed in his abstract that “a large majority of users experience this”. He also touched on why he believes this happens and the conclusions of his research. According to the study it occurs because when a person leaves their phone in their pocket, it sort of transforms into a “part of their body”.

He elaborated in an interview with CBS, “Through bodily habit, your phone actually becomes a part of you, and you become trained to perceive the phone's vibrations as an incoming call or text. So, due to these kinds of habits, it becomes really easy to misperceive other similar sensations.”

As for what these similar sensations could be? He told the The Independent that people could perceive “movement of clothing [or] muscle spasms as vibrations from your mobile”, but stressed that they were “just a hallucination”.

It’s all very interesting, but his hypothesis as to why it has become such a regular occurrence was kind of a disheartening one. He told The Independent that it could be because people are generally more “anxious these days, because of all of our different technologies” and that everyone is constantly “on edge”. It’s something that another expert, Professor Randi Smith from the Metropolitan State University of Denver agreed with.

Smith told CBS, “There’s a fear that we’re going to miss a text, somebody is trying to reach us and we’re not being responsive.” She continued, “I think it’s a little scary how dependent most of us have become on our devices.”

Well if there was ever a time to go on a digital detox, Christmas would be it. Who knows? It might be nice to put the phone down and spend some meaningful time with your family over the holidays.