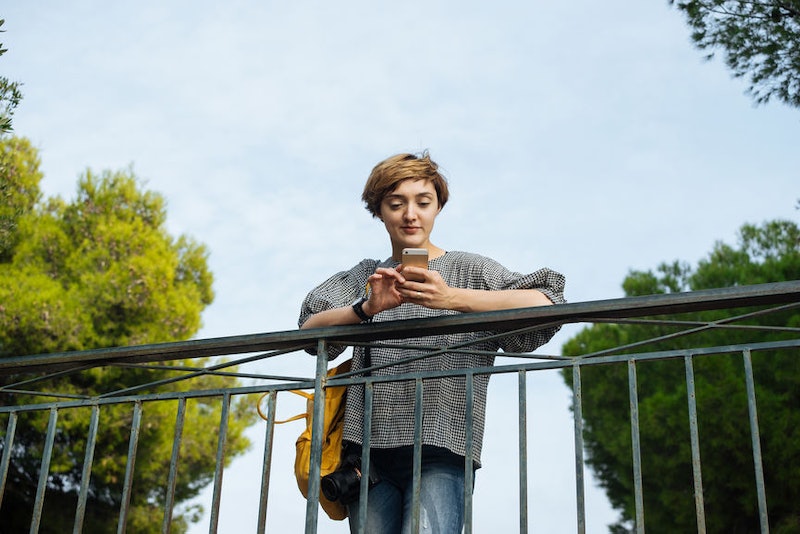 Pietro Karras/Stocksy
By Aoife Hanna
May 2, 2019

Our world's natural landscapes are absolutely breathtaking. Look outside your window. What do you see? If you are in a city and not near a park, the nearest thing to nature might be a tree or a window box. If you live in the countryside, you might be looking out at rolling hills and lush green meadows for miles. Whatever you are looking at, you take it in and notice it every day. Or do you? Well, according to some experts, you might actually be noticing at all. So what is plant blindness? And why is it such a serious issue in our world today?

Christine Ro wrote in BBC Future about the phenomenon of plant blindness. Ro reports that studies in the past have proven that children are more likely to remember images of animals as opposed to plants. In fact, researchers found that the tendency was so widespread that they decided to name it. The term 'plant blindness' was coined by botanists Elisabeth Schussler and James Wandersee in 1998. As The Native Plant Conservation Campaign explains, it can be described as:

"'The inability to see or notice the plants in one's own environment,' which leads 'to the inability to recognize the importance of plants in the biosphere and in human affairs.' Plant blindness also comprises an 'inability to appreciate the aesthetic and unique biological features' of plants and 'the misguided, anthropocentric ranking of plants as inferior to animals, leading to the erroneous conclusion that they are unworthy of human consideration.' In addition 'Plant Blindness is a factor in the ongoing declines in university botany programs, herbaria, and other plant science facilities.'"

So, what does plant blindness actually mean with regards to the environment today?

So, the issue basically comes down to the old adage "out of sight, out of mind". As Kathryn Williams, a professor of environmental psychology at the University of Melbourne, explains in an article for The Conversation, when people are less inclined to notice the flora and fauna in their environment, they are less inclined to care about it. This, of course, has huge implications to the health of our planet along with the health of the people and animals living here too.

Research in this area is absolutely essential. As Ro writes for the BBC, "[p]lant research is critical to many scientific breakthroughs, from hardier food crops to more effective medicines. More than 28,000 plant species are used medicinally, including plant-derived anti-cancer drugs and blood thinners." In a world that has a rapidly growing, and ageing, population, this kind of research is more important than ever.

According to Ro, across the globe, plant biology courses are becoming less and less popular, with many shutting down completely. As urbanisation is on the increase, people are becoming less and less connected to nature, and this is affecting people's wellbeing. As a matter of fact, this phenomenon also has a name. Nature Deficit Disorder is the disconnect between people and nature owing to current lifestyle choices. As Dr Ross Cameron of the department of landscape at Sheffield University told the BBC back in 2016:

"We're so clued into modern technology and things that we're less observant about the world around us and we're more likely to learn about wildlife ironically from a David Attenborough programme than maybe from a walk in the woods."

Professor Williams from the University of Melbourne echoes these statements, and states that "[b]uilding ... emotional connections with ecosystems and species and the plant as a whole is crucial for plant conservation."

With all this evidence of plant blindness, maybe you should take stock and think about your own personal connection to plants and the natural world. We are all linked — humans, animals, botanicals. In order to keep our planet happy, open your eyes and refuse to be blind to the importance of the plants in your environment.