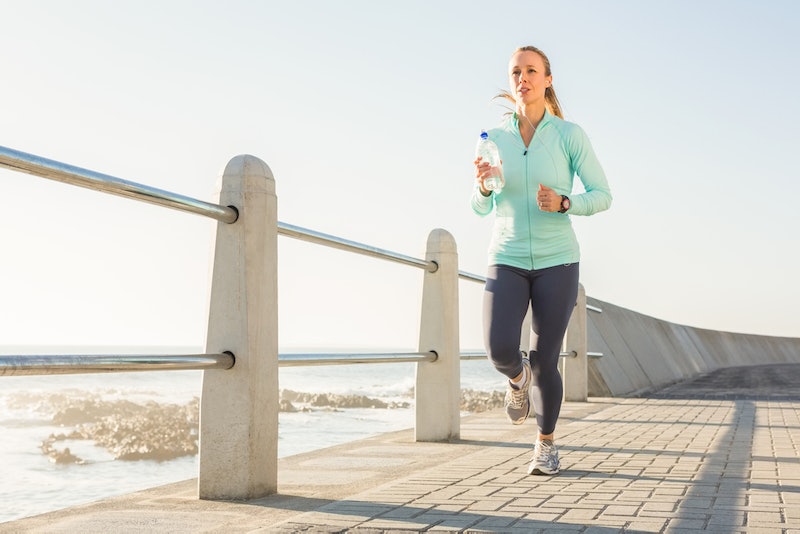 If you came anywhere near a Pinterest board or influencer’s social media posts within the last year, you’re probably familiar with the Danish word “hygge.” Splashed across books and embraced by lifestyle bloggers everywhere, hygge describes the process of creating a warm, intimate environment. But it may be time to retire your cozy blankets and campfire-scented candles, because there’s a new Danish buzzword in town. According to The Conversation, a recent survey found that the most popular word among Danes is “pyt,” a term that describes a the nation's philosophy towards combating stress.

Pronounced “pid,” pyt was voted as the most popular word above fierce contenders like “krænkelsesparat” (which translates to ready to take offense) and “dvæle” (which means to linger, as in The Cranberries song). As The Conversation points out, pyt doesn’t have a direct English translation. “It’s more a cultural concept about cultivating healthy thoughts to deal with stress,” writes Marie Helweg-Larsen, who is a native Dane and psychologist. “Pyt is usually expressed as an interjection in reaction to a daily hassle, frustration or mistake. It most closely translates to the English sayings, ‘Don’t worry about it,’ ‘stuff happens’ or ‘oh, well.’”

Helweg-Larsen believes that the word transcends its Danish origins because the concept pyt describes is universally applicable. “At its core, it’s about accepting and resetting. It’s used as a reminder to step back and refocus rather than overreact. Instead of assigning blame, it’s a way to let go and move on,” she writes in the article. A pyt-inspired frame of mind can help manage stress because it’s “a sincere attempt to encourage yourself and others to not get bogged down by minor daily frustrations.”

The word is even manifested into a literal “pyt button” for Danish schoolchildren to press when they’re upset about something minor. Think of those big red Staples “That was easy” buttons, but for mental health. Charlotte Sørensen, a teacher, told the BBC that pressing the button "seems to help [the children] clear their minds and move on.”

Basically, pyt encourages people of all ages not to sweat the small stuff and to let go of a situation to reframe what's important. It shares some similarities with practices like mindfulness, which encourage people to focus on the positive and be aware of and regulate their thought patterns to help cope with stress. And whether you’re Danish or not, it’s super easy to incorporate a little more pyt into your own life.

For example, the next time you’re feeling frazzled about a train delay on your daily commute, or about Trader Joe’s being sold out of the one thing you came to the grocery store for, channel your inner pyt. Say the word out loud if you need the verbal release, or just use it as an internal reminder not to let things that are outside your control interfere with your mood. As Helweg-Larsen writes, “[consider] whether this will be an issue in two hours, two days or two weeks.” In most cases, it probably won’t.

While it may seem like a minor step, reminding yourself to refocus when you’re feeling annoyed or hassled by little things throughout the day does add up. And considering how Denmark is consistently ranked among the happiest countries in the world, the Danes are clearly on to something.