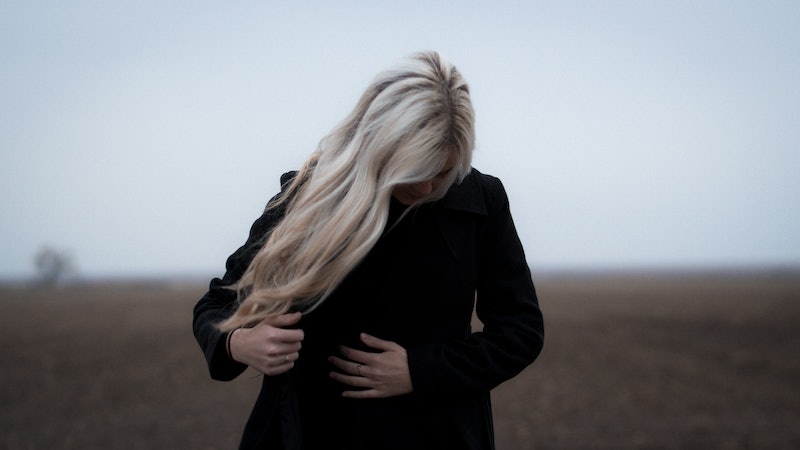 After reports that a 16-year-old girl in the United Kingdom appears to have died from complications after eating her own hair, you may be wondering what "Rapunzel syndrome" means. It may be named after a character from a fairy tale, but the condition, while extremely rare, is absolutely real — and it may have led to the passing of a young woman.

According to Lincolnshire Live, Jasmine Beever collapsed at school and went home to rest, but a few hours later, she emerged from her room with blotchy skin. She was rushed to the hospital on September 7, but while hospital staff managed to resuscitate her for 15 minutes, she passed away later that day. During a post-mortem examination, doctors discovered that Beever had been suffering from peritonitis, an inflammation of the lining of the inner abdominal wall. The probable culprit? The infected hairball they also found sitting in her stomach. It's likely that the clump of hair created a stomach ulcer, which eventually burst and caused her organs to shut down.

According to Tech Times, a family friend wrote in a Facebook post that Beever always chewed and sucked on her hair, a habit most dismissed as harmless. Following her tragic death, however, some have pointed out that it sounds like she had trichophagia, which can lead to Rapunzel syndrome.

Simply put, trichophagia is the compulsion to eat hair. On its website, the UK's National Health Service writes that the condition is often seen in people with trichotillomania, the compulsion to pull out hair. Eating hair can cause hair to build up in the gastrointestinal tract, forming balls called trichobezoars. When they block the intestine, it's known as Rapunzel syndrome. It's also bad news. According to the Mayo Clinic, untreated blockages can cause pain, tissue death, weight loss, and infection.

Before your mental alarm bells start ringing, researchers in 2009 paper on the subject estimated that hair balls form in only one percent of all people with trichophagia. While serious, Rapunzel syndrome is extremely rare. The case was first recorded in 1968, and only about 30 other cases have been reported in the last 40 years.

So why would anyone eat hair in the first place? As Newsweek points out, the motivation is right there in the definition. Trichophagia and trichotillomania are compulsions — irresistible urges that can provide a sense of relief. The Mayo Clinic explains, "For many people with trichotillomania, hair pulling is a way of dealing with negative or uncomfortable feelings, such as stress, anxiety, tension, boredom, loneliness, fatigue or frustration."

Chewing on or eating hair may serve a similar function. Like many psychological conditions, trichophagia has no "cure," but impulse control disorders can be treated with psychotherapy and habit reversal training. (Medications haven't been terribly effective so far, according to research.)

It's worth noting that shortly before her death, Beever's grandfather passed away. To honor Beever, her friend and classmate Billie-Jo Marshall has created a Just Giving page to help crowdfund money for the bereaved family. On the page, she remembers her friend fondly:

"There was never a gloomy face around Jaz because she would go out of her way to make you smile. Even people she didn't know. ... The heartbreak this family has endured in such a short time is understandably gut wrenching, so I have decided to raise funds for the family to try and unburden some of the financial strain at such a sad time."

Currently, the donation page has reached more than £3,400, nearly double the goal of £2,000. If you'd like to donate, head over to the Just Giving page.