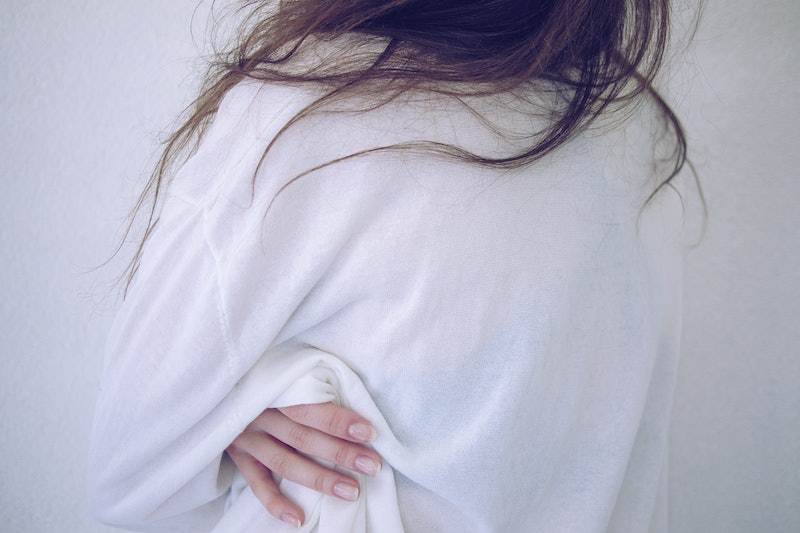 In the age of self care, spiritual healing might come across as another marketing ploy to prioritize your mental well-being over your finances, but it's actually a highly critical practice. While attention to mental health is obviously a necessity, other wellness treatments focus on healing the body through alternative means, allowing for deep mental and physical calm. Enter Reiki, pronounced ray-key, a Japanese healing technique that focuses on energy to promote healing, stress reduction and relaxation.

The treatment works to unblock the seven major chakras, or energy sources, in your body. A Reiki practitioner's hands move along the body (without necessarily touching it) and act as a conduit for the energies traveling through the body. In Reiki, the pressure from the healer's hands will help remove certain blockages, says Luciana Naclerio, a Reiki master who does medicine readings at Space by Mama Medicine in New York City.

In the same way someone may break out in hives on their neck and chest when "they are unable to speak their truth," internalized anxieties tend to manifest physically, Naclerio tells Bustle. Reiki opens up those blockages to allow energy to flow more freely, and the feeling varies from person to person.

"The physical sensation, you feel energy waves literally coursing through you like literal waves. Sometimes there’s tingling where it feels like pins and needles," says Karen Foote, a spiritual intuitive healer and owner of Rebalance Reiki and Massage in Westwood, New Jersey. "Other times there’s heat that comes from my hands — my hands always get hot — but they may experience the heat where they really feel [blocked]. It may be pulsing. Don’t worry if you don’t feel those things, but those things can happen. Sometimes it feels like I’m somewhere else. When you know I’m behind you, it still feels like I’m at your feet but you know I moved away. As a receiver, it’s a cool experience."

The treatment aims to put the client in a deep meditative state to speed up the healing process and maximize relaxation. A session can cost anywhere from $40 to $600 per session, depending on the healer and geographic location of the studio, but it's also something that you can learn to do yourself. Naclerio, who is also an advocate for at-risk youth in developing countries, says she performs the energy movement on children who have disabilities, and has seen their mental states improve after Reiki.

"You get to a point where you can feel the energy moving through your body," adds Foote. "You feel very relaxed. You could feel so relaxed you fall asleep or you forget where you are." However, not everyone will have a blissful experience.

"I started sobbing the first time I did it," Gianna Fae Vassilakos, a Reiki practitioner based in Miami, tells Bustle. "I had so much trapped trauma and emotion. Twenty-five years of heartbreak and trial and error and disappointment released from my body. I was wiped out afterward. I took a really long nap and woke up knowing that it gave me so much hope."

Four Reiki masters tell Bustle that they understand the treatment might cause some people to raise an eyebrow, and two compared the energy treatment to acupuncture. Acupuncture, which is now covered under many healthcare plans in Canada and can be purchased as a voluntary benefit in the United States, was once considered "quack science," says Willow Mainprize, a Reiki practitioner and teacher in Vancouver, British Columbia.

Similarly, Reiki is now used in more than 900 hospitals across North America, says Mainprize. A Washington Post article from 2014 reported that "More than 60 U.S. hospitals have adopted Reiki as part of patient services, according to a UCLA study, and Reiki education is offered at 800 hospitals."

However, scientists are only just beginning to conduct research on the energy treatment, and the existing research is limited, according to The National Center for Complementary and Integrative Health at the National Institutes of Health. The government agency notes that the studies available look at different health conditions, like fibromyalgia, which makes it hard to compare their results. The NCCIH adds, though, that Reiki hasn’t been shown to have any harmful effects, as long as it isn't replaced with traditional medical care.

Despite the lack of medical evidence, the four healers who spoke to Bustle noted that they do have millennial clients looking for help with stress reduction. When it comes to finding a practitioner, Foote, Mainprize, Naclerio and Vassilakos agree: speak to as many Reiki masters as possible to find the one who will give you what you need.

Just as the energies move through people differently, practitioners will bring their own energy to the healing process. “Reiki is such a beautiful gift that’s available to everybody,” Vassilakos says. “It’s all light, it’s all pure.”

For anyone who wants to consider an alternative treatment for stress or fatigue, Reiki could be the treatment that resonates. Like most things in life, trying something for the first time could open you up to something special, even if it wasn't what you expected.