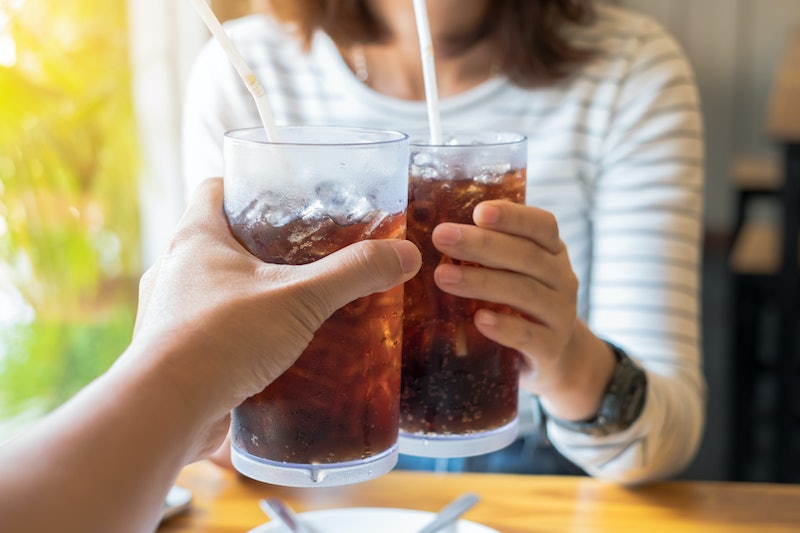 Another end-of-season health reset is trending, and this one might feel like déjà vu if you’re familiar with Dry January. While Dry January marks the start of a new year, its fall counterpart Sober September marks the end of summer parties and the return to the daily grind, ABC News reports. To start the fall off on a healthy note, says ABC News, many people are taking a month-long hiatus from alcohol beginning on Sept. 1.

The idea behind a month-long break from alcohol was started by a UK non-profit organization that first promoted Dry January in 2013 in an effort to improve public health, USA TODAY reports. According to ABC News, 30 percent of people ages 18 and older report that they binge-drank over the past month, and during the summer is no exception. But can taking a break from alcohol for a month do anything for your health?

Well, yes and no, based on the results of research from the health effects of Dry January. The good news is that there is actually a lot of data that shows giving up alcohol for a month can do the body good. According to USA TODAY, studies have shown people have reported improved sleep, improved liver function, and healthier drinking habits after a month of abstinence from drinking. "Dry January should be seen as the impetus to change people’s relationship with alcohol forever," Judi Ryhs, executive director of the British Liver Trust, said in a statement to USA TODAY. "We recommend everyone [have] two to three consecutive alcohol-free days every week."

But if you drink more than the recommended limit, going cold turkey for Sober September might not be the best choice for you, Men’s Health reports. If you suddenly stop drinking, says Men’s Health, you could experience withdrawal symptoms like insomnia, agitation, sweating, and anxiety. And for heavier drinkers, it’ll take longer than a month for the liver to heal from any damage the alcohol might have done, Aaron White, senior scientist at the National Institute of Alcohol Abuse and Alcoholism told Men’s Health. “But taking a month off from drinking is never a bad idea and is a great time to evaluate your relationship with alcohol,” White told Men’s Health.

Experts also say that giving up alcohol for a month can sometimes lead to "yo-yo" behavior or even a “wet” month afterward, Men's Health reports. Now known as Wet February, one of the effects of Dry January in the UK has been record numbers of people flooding bars and restaurants once their alcohol hiatus ends, Marie Claire reported. So for many people who try to clean their health slate with a month-long alcohol hiatus, they may find it simply doesn't lead to any lasting habit changes after that month ends.

Just like Dry January, it's ultimately your choice whether Sober September is for you. And if you're just hearing about Sober September now, it's not too late to start. You're the captain of your health ship, so you direct it wherever you want it go.