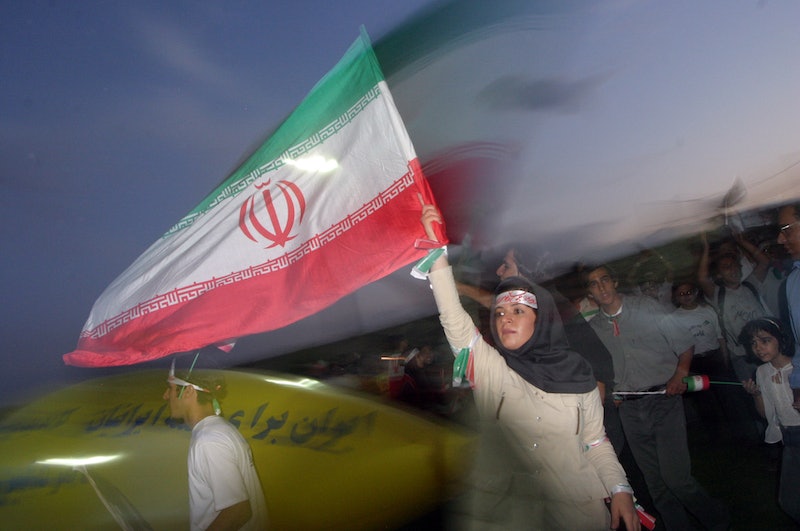 According to the founder of one the most popular messaging apps in Iran, Iranian authorities have blocked Telegram access for its citizens. The founder and CEO of Telegram, Pavel Durov, tweeted on Sunday:

Iranian authorities are blocking access to Telegram for the majority of Iranians after our public refusal to shut down [channel Sedaie Mardom] and other peacefully protesting channels.

Civilian protests have grown in Iran since Thursday, as people voice their anger toward local governments' economic policies. On Friday, nearly 300 Iranians took to the streets to voice their disagreement in Kermanshah, in western Iran. Similar protests took place in Mashhad, a large city, and the country's capital, Tehran, according to local news agencies. The response from the government has been swift and intense: there have been reports of water cannons and tear gas.

The country's most popular messaging app, Telegram, enjoys a reported user base of 40 million in Iran. Telegram isn't just a messaging app for everyday chit-chat; it also reportedly works as a highly active medium for civil, political, and social activists seeking to collaborate with each other on different causes.

The messaging app came under criticism after the the Iranian telecommunications minister, Mohammad Javad Azari Jahromi, tweeted at Durov on Saturday. Jahromi alleged that one of Telegram's channels was being used to generate civil unrest. "A Telegram channel is encouraging hateful conduct, use of Molotov cocktails, armed uprising, and social unrest," he tweeted. "Now is the time to stop such encouragements via Telegram."

On the same day, Durov responded to Jahromi saying that he would consider the government's notice. "Calls for violence are prohibited by the Telegram rules. If confirmed, we'll have to block such a channel, regardless of its size and political affiliation" he said.

Shortly after that tweet, Durov stated that he would suspend the channel, Amad News, on Telegram. "A Telegram channel (amadnews) started to instruct their subscribers to use Molotov cocktails against police and got suspended due to our 'no calls for violence' rule. Be careful – there are lines one shouldn't cross," Durov tweeted, while sharing a link to the platform's guidance on free speech.

According to AFP, Iranian news agencies noted that the popular messaging app had received warnings from the government that it needed to address reported encouragement for violence on its platform. The same agencies took notice of a possible ban on Telegram after Jahromi issued his warning to Durov. The Iranian government has issued strong warnings against civil unrest, including a stern notice from the country's interior minister, Abdolrahman Rahmani Fazli. Fazli said, "We urge all those who receive these calls to protest not to participate in these illegal gatherings as they will create problems for themselves and other citizens."

On Sunday, Durov said that the government was "blocking access" to Telegram. He noted that the move came after he allowed the @amadnews channel to stay online, following an apology from the administrators of the channel. In addition, state news agencies reported the government was limiting access to Instagram. Irib News stated, "With a decision by the Supreme National Security Council, activities of Telegram and Instagram are temporarily limited." At this moment, officials from Instagram have not commented on the reports.

A professor from the University of Tehran, Mohammad Marandi, told Al Jazeera that locals are fed up for several reasons. Marandi mentioned not only economic difficulties, but also pointed to the sanctions the United States placed on Iran. "While Iranians are upset with mismanagement, they also recognize that the administration is being prevented from doing a lot of what it's trying to do because of the U.S. and its allies," he said. As economic hardship hits Iranians, and locals' access to popular messaging apps is reportedly restricted, it's hard to say what other route Iranians will take to voice their concerns.