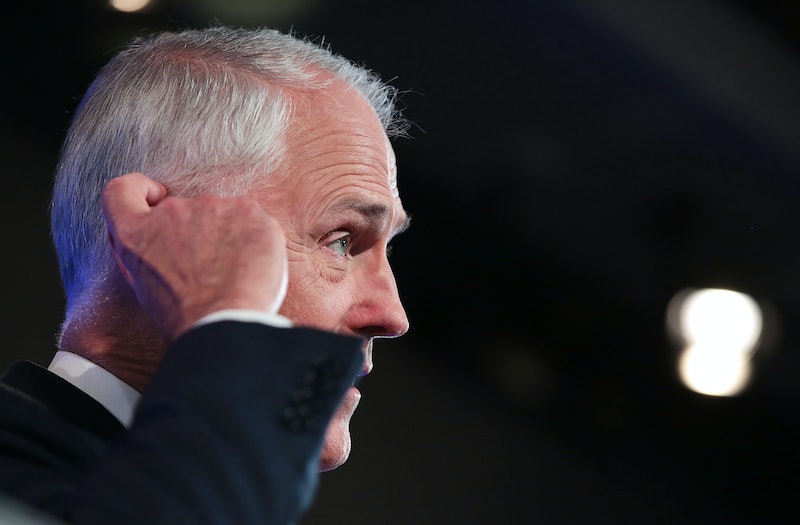 While the Trump administration has certainly made its stance on refugees known after the President issued an executive order banning all refugees from the country for at least 90 days, there actually exists an exception to this order. Indeed, Australia and the United States do have a refugee deal in which the United States promised to take in up to 1,250 refugees from Australia's refugee detention centers.

The refugee agreement between Australia and the United States is a one-time-only deal entered into by the two countries in November 2016. Following the imposition of very strict immigration policies in Australia, refugees trying to enter the country were stuck in limbo and lingering in island detention centers on Papua New Guinea. The Australia-United States agreement was intended to provide refugees with a way out of detention while also relieving some of the Australian economic cost of maintaining the detention centers.

Notably, however, this deal was made under the Obama administration, and President Trump does not seem very keen on carrying it out, even though its existence was accounted for when the executive order on refugees was passed—the Australian agreement was written into the Executive Order as a "special provision" for an existing international agreement that would allow for an exception to the order.

However, despite this foresight, there seems to be mixed signals from the administration about whether or not the deal will actually come to fruition. Initially, Trump's Press Secretary Sean Spicer indicated on Tuesday that the Trump administration would proceed with the deal and begin vetting refugees, saying "The president, in accordance with that deal, to honor what had been agreed upon by the United States government … will go forward." And at a Thursday press briefing, Turnbull refused to comment on the conversation's details but reassured the public that relations between Australia and the United States are in good shape.

However, on Wednesday evening President Trump tweeted that the deal was "dumb" and that he planned to "study" it, casting serious doubt as to whether the deal will actually be implemented.

I believe that, if the deal fails to proceed, it could have massive implications, both for the refugees themselves and the international community. For the former, the refugees would of course sadly be missing out on relocating to begin a new life in the United States after years of detention.

As far as the international community, if Trump proceeds and does not implement an already agreed-upon deal with a very strong ally, it could set a dangerous precedent for how countries interact with and support each other (or refuse to do so) in the future. It would serve the Trump administration well to weigh this decision very carefully and strongly consider adhering to the original agreement.