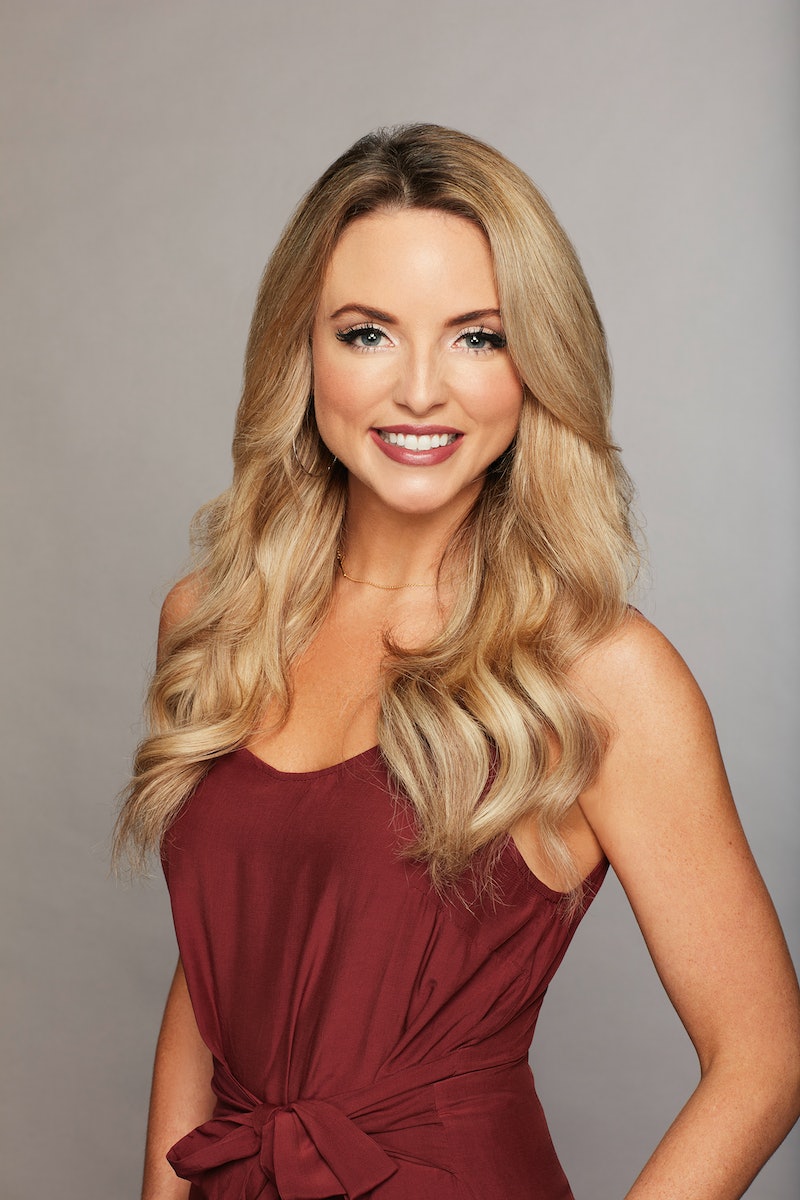 Night one of The Bachelor Season 23 kicks off on January 7 at 8 p.m. ET, and if you're like most fans, you'll be dedicating a good amount of focus to the bottom corner of the screen where each new contestant's profession will be displayed, trying to keep track. During most seasons, if you took a drink each time "model" or "realtor" appeared in that corner, you'd be sloshed in no time. That may be why, as of late, it seems like contestants are getting more and more creative with their titles. The Bachelor contestant Erin's job, for example, is listed as "Cinderella." And so far, there are no glass slippers to be found. So she may have some explaining to do.

It goes without saying that Erin is a self-proclaimed princess, so it will be interesting to see how that plays out on the show. Colton does have some physical similarities to Prince Charming, and of course, he is charming, so she's got that going for her. Although being royalty is a full-time job, it doesn't always pay the bills, which is why Erin also works for her stepmom's home improvement company, according to her official bio for the show.

On December 6, though, she posted an Instagram photo before Disneyland's iconic castle with a caption that referenced her highness. "'Cinderella' is my occupation and this is my castle," she wrote.

But, if she were a real Disney princess, she would know that the magical focal point of the amusement park is not actually Cinderella's palace. It's named "Sleeping Beauty's Castle," according to the park's official website. So, she may want to consider a name change if she plans on moving in.

When she's not claiming her crown, though, it's unclear whether or not Erin participates in project construction for her family's business, or if she's responsible for more administrative duties. But according to her bio, she's not afraid to get her hands dirty. She has a LinkedIn profile, but it hasn't been updated since May, which is when she ended her previous job as a human resources manager at Propac. Before that, she was an office manager, a personnel consultant, and a resource manager for two different recruiting companies. She earned a Bachelor of Arts from University of North Texas in 2014. So, this princess knows how to work it.

Based on her variety of interests, it sounds like Erin could land herself in many different career paths if she doesn't move on with family's business. According to her bio, she loves football, especially the Dallas Cowboys. Although Colton didn't play for them, he will likely still appreciate that she's a fan of the sport. She also loves ballroom dancing and pumpkin spice lattes, which definitely screams modern day "Cinderella" to me.

Perhaps her fairy godmother will turn one of those PSLs into a carriage for her entrance to the bachelor's mansion, before she dances the night away while beckoning her (potential) future prince. As long as she doesn't stay out past midnight, of course, everything should work out in her favor.