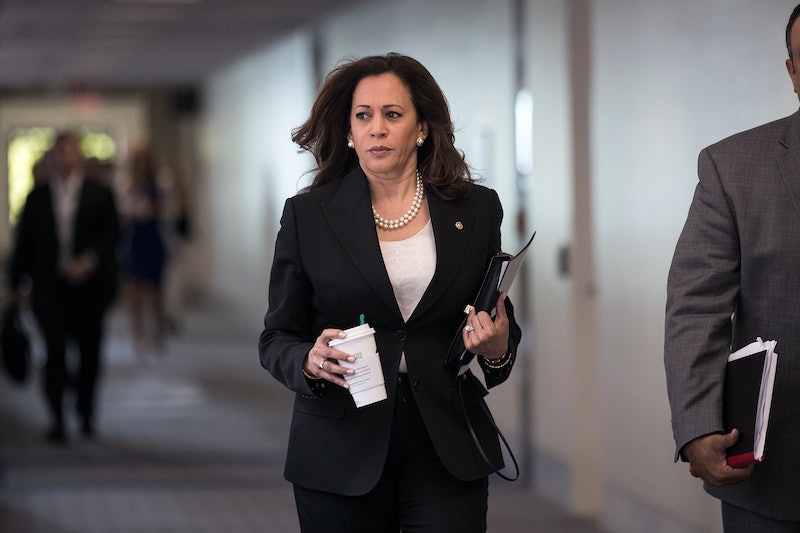 "There’s no federal law on the books that protects victims who have had their private images exploited online," Sen. Kamala Harris, a sponsor of the bill, tells Bustle. "It is long past time for the federal government to take action to give law enforcement the tools they need to crack down on these crimes. Perpetrators of exploitation who seek to humiliate and shame their victims must be held accountable."

The bill also seeks to address some of the hangups that plagued similar legislation introduced in the House in 2016. Speier spearheaded the Intimate Privacy Protection Act last year, but critics worried it could encroach on journalists' ability to publish photos or videos that were of public interest.

But there's an explicit provision for journalists in the ENOUGH Act. Cathy Reisenwitz argued in Talking Points Memo that over-broad laws against nonconsensual posting of sexual pictures could have kept the truth about a political figure like, oh, say, Anthony Weiner, from being made public. The ENOUGH Act makes a provision for just such cases, arguing the person who posts images can only be punished if "no reasonable person would consider the shared image to touch on a matter of public concern." In a fact sheet provided to Bustle by Sen. Harris' office, the senator makes clear this bill will "narrowly establish criminal liability."

On the contrary, the ENOUGH Act makes explicit exceptions for images that would fall within the public interest. According to the bill's sponsors, legal scholars have vetted the language and "concluded that it is consistent with the First Amendment."