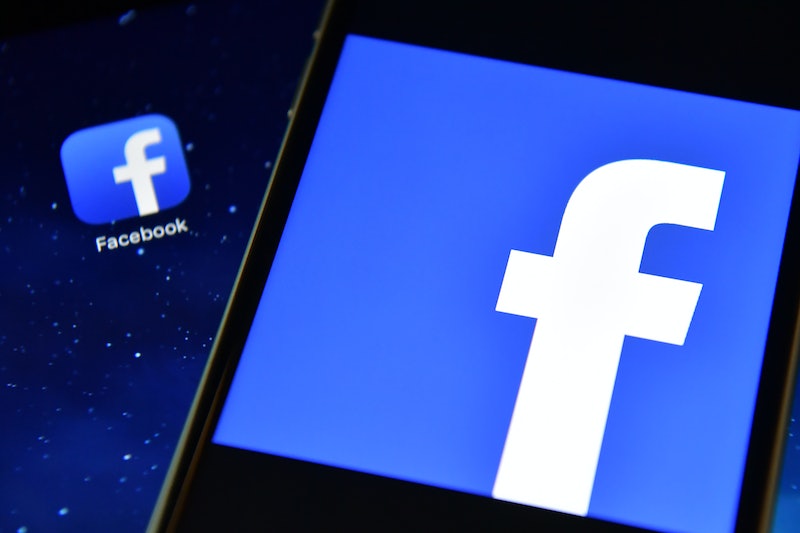 This week, a major report on former Trump campaign data firm Cambridge Analytica landed like an earthquake, sending shockwaves through the political world, as well as one particular tech company. If you've been following the news lately, you've probably seen people talking about it. But you still might have questions: like, what is the Facebook scandal involving Cambridge Analytica all about?

It's a complicated story. The media coverage began when a self-described whistle-blower named Christopher Wylie went public with a series of his behind-the-scenes allegations about the data firm last week.

The 28-year-old data analyst, who worked for Cambridge Analytica, claimed that the firm had access to the personal data of some 50 million Facebook users, and used the info to make it easier to produce targeted political messages. Cambridge Analytica allegedly got this data by way of a Facebook survey, and a downloadable "personality prediction" app, produced by a company named Global Science Research, or GSR for short.

At some point, GSR ended up giving the data it had collected to Cambridge Analytica, which according to a statement from Facebook CEO Mark Zuckerberg on Wednesday, was a violation of the site's terms of service. Cambridge Analytica, for its part, has denied wrongdoing, saying in a series of tweets that it deleted the data it acquired from GSR after it learned the information had been gathered in violation of Facebook's terms of service.

We exploited Facebook to harvest millions of profiles. And built models to exploit that and target their inner demons.

Wylie has also described himself as someone who helped build "Steve Bannon’s psychological warfare" tool. Bannon, who ran the Trump campaign from Aug. 17, 2016 through Election Day and later served as a White House strategist, oversaw Cambridge Analytica's Facebook harvesting program, according to Wylie. Although, as The Washington Post notes, Wylie also says it was unclear that Bannon knew about how the information had been collected.

Facebook is now being met with heavy scrutiny over what it could've done differently to prevent this, whether it understood what GSR was allegedly doing, and what it should now be doing in response. At the time, a security loophole allowed app-makers to view not just their users' data, but also their friend networks, too.

This effectively allowed GSR to turn the data of 270,000 willing app users into data for an approximated 50 million Facebook profiles. Reports suggest Cambridge Analytica ultimately had enough data on 30 million users to produce so-called "psychographic profiles" on them.

"Facebook had a loophole at the time where app developers could not only see the data of the people who actually proactively downloaded the app, but they could also see into their entire friend network," Lapowsky told CBS News. "You start out with 270,000 people but you fan out to 50 million."

After days of silence, Facebook CEO Mark Zuckerberg finally spoke out on the story on Wednesday, stating in a Facebook post that the data scraping was not the result of a breach, but rather a loophole Facebook had in place at the time. Zuckerberg also stressed that the loophole in question had been closed in 2014, one year after GSR reportedly collected the data.

It remains to be seen whether Facebook will make any further announcements about policy changes in relation to the Cambridge Analytica story.

For Zuckerberg, his Wednesday Facebook post will not be the only time he publicly addresses this situation. He's scheduled to be interviewed on the Cambridge Analytica story on CNN at 6 p.m. ET, Wednesday night, and he's already facing pressure from elected officials, too. Democratic senator Ed Markey, for one, has publicly called on Zuckerberg to testify before Congress.