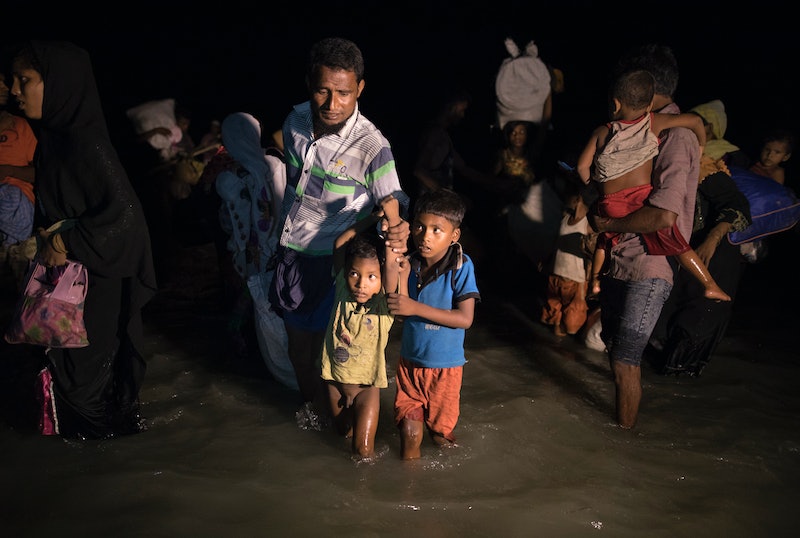 On Saturday in an effort to uphold its "America First" approach to policy, the Trump Administration announced the United States is exiting a United Nations migration compact designed to enhance global cooperation on protecting migrant and refugee rights. On Sunday, Secretary of State Rex Tillerson said," ... in this case, we simply cannot in good faith support a process that could undermine the sovereign right of the United States to enforce our immigration laws and secure our borders."

"The New York Declaration contains numerous provisions that are inconsistent with US immigration and refugee policies and the Trump Administration's immigration principles," a statement released by the U.S. Mission to the U.N. similarly read. The announcement came just days before the U.N. was set to kick off its Intergovernmental Conference to adopt the Global Compact for Safe, Orderly, and Regular Migration on Monday in Puerto Vallarta, Mexico.

The United States was among the U.N. general assembly's 193 member states who unanimously adopted the New York Declaration for Refugees and Migrants in 2016. According to the U.N., the non-binding declaration serves as an expression of "the political will of world leaders to save lives, protect rights, and share responsibility on a global scale." Member states are thus committed to upholding refugees' rights, condemning xenophobia against refugees and migrants, and aiding them in resettlement, access to education, and employment, among other things. The New York declaration also included plans for U.N. member states to adopt a global compact by late 2018.

But in a statement released on Saturday, U.S. Ambassador to the U.N. Nikki Haley claimed the declaration is not compatible with U.S. sovereignty.

America is proud of our immigrant heritage and our long-standing moral leadership in providing support to migrant and refugee populations across the globe. But our decisions on immigration policies must always be made by Americans and Americans alone.

Haley said that under the Trump Administration only America would decide how best to control its own borders and who would be allowed to enter the country. She claimed that "no country has done more than the United States and our generosity will continue."

U.N. General Assembly President Miroslav Lajčák expressed his regret at the Trump Administration's decision to withdraw Sunday, saying the United States played a "critical" role in the process. A spokesperson for the president of the general assembly issued a statement on his behalf.

The role of the United States in this process is critical as it has historically and generously welcomed people from all across the globe and remains home to the largest number of international migrants in the world. The President stresses that migration is a global phenomenon that demands a global response and that multilateralism remains the best way to address global challenges.

Lajčák's spokesperson went on to stress that "no one State can manage international migration on its own" and that the U.S. had "the experience and expertise to help ensure" the U.N.'s global compact was successful.

However, according to the Guardian's diplomatic editor, Patrick Wintour, President Trump's decision to withdraw the United States from the compact "is more symbolic than practical" as the agreement is not meant to dictate a member state's policies or indeed even be legally binding. Rather, the compact was designed to further a shared understanding among nations regarding "the safety, dignity and human rights and fundamental freedoms of all migrants" and develop "non-binding principles and voluntary guidelines on the treatment of migrants in vulnerable situations" among other things.

This isn't the first time the Trump Administration has backed out of international cooperations. Since taking office in January, President Trump has pulled the United States from the Paris Climate Accord as well as from UNESCO, the U.N.'s cultural heritage organization.