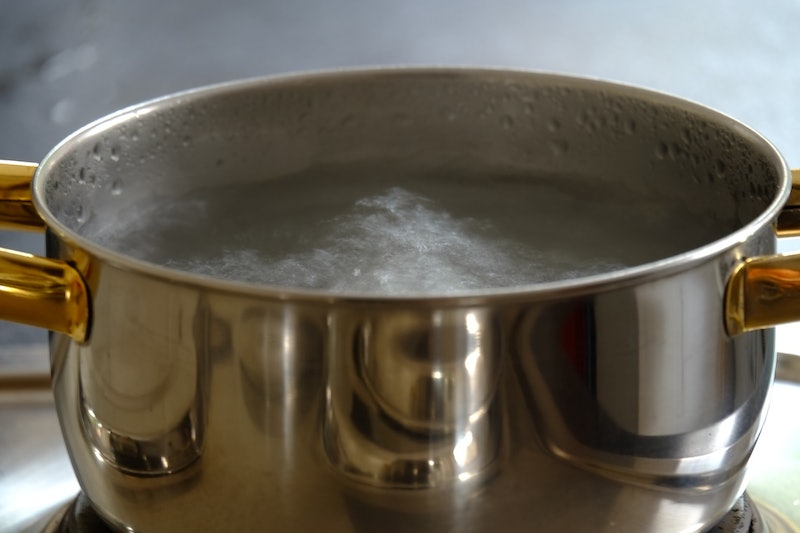 A horrifying new internet trend has claimed the life of at least one child, and severely injured several others. Born somewhere in the dark bowels of YouTube, the "Hot Water Challenge" involves pouring scalding hot water over an unsuspecting victim, or having someone drink boiled water through a straw.

Inspired by YouTube videos with tens of thousands of views, children have been trying out the challenge at home, to disastrous results. In July, 8-year-old Ki'ari Pope died from injuries she suffered back in March, when her cousins convinced her to drink boiling hot water through a plastic pipe after watching "Hot Water Challenge" videos. Pope's mouth and throat were severely burned. She received a tracheotomy to treat her injuries, but continued to have respiratory problems, and on the night of her death she told her family she couldn't breathe.

Most recently, an 11-year-old girl from the Bronx was rushed to the hospital on Monday, after "friends" poured boiling water on her face while she was asleep at a sleepover. Jamoneisha Merritt suffered such serious burns to her face, chest, shoulders, and back that doctors are not allowing her to see herself. Police said the 12-year-old girl who allegedly poured the water on her has been charged with felony assault.

Earlier in July, a 10-year-old North Carolina boy suffered second and third degree burns after attempting the stunt with his step-brother.

Dangerous online stunts are hardly new. The Cinnamon Challenge, swallowing a tablespoon of cinnamon in 60 seconds without taking a drink of water, has been floating around the internet and middle school basements for years now. Doctors have warned that, because cinnamon is caustic, the seemingly harmless prank can lead to choking and potentially a collapsed lung. The Choking Game has also made the rounds on social media, with kids choking themselves to pass out, and for the natural high.

“Parents, talk to your kids about these challenges," Ki'ari's aunt, Diane Johnson told a local CBS affiliate. "Don’t just give them your phone and let them go by. Watch what they are doing.”

More like this
Why Are TikTokers Slapping Each Other With Tortillas?
By Courtney Young
American Girl Doll Memes Are Going Viral On Instagram & Tiktok
By Emma Carey
What Is A “Softboy?” The TikTok Term & Aesthetic, Explained
By Courtney Young
Coastal Granddaughter Is The Latest Summer Aesthetic Going Viral
By Emma Garza
Get Even More From Bustle — Sign Up For The Newsletter