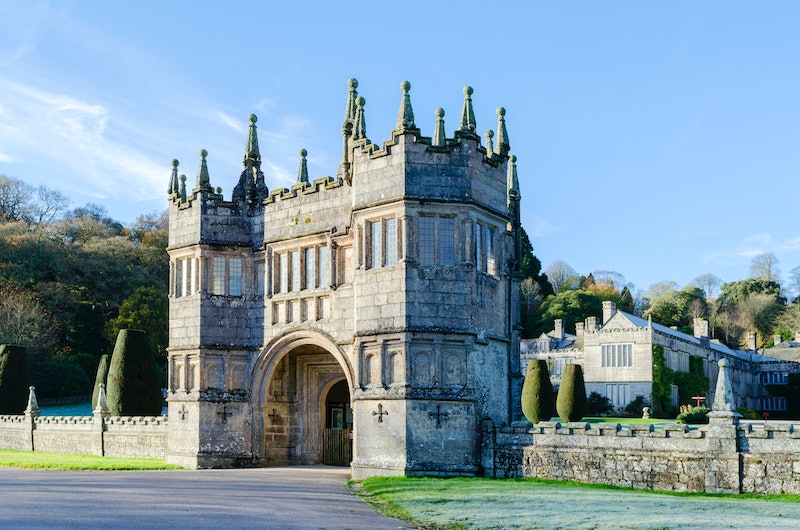 The hype for winter Love Island is real, but how can you fill-up the time between now and it’s Sunday premiere? Investigate the new islanders, of course. Despite ITV only announcing the line-up yesterday, one particular singleton’s background has intrigued me. Landowner and heir to a substantial Cornwall estate, Ollie Williams is living his best life at 23-years-old. But what is the Lanhydrock Estate, and how is Williams’ family linked to the country house?

Located near the town of Bodmin, Lanhydrock Estate features an “ornate Victorian country house” called, you guessed it, Lanhydrock House. Once occupied by the Agar-Robartes family, visitors can “follow in the footsteps of generations” of those who lived there, as Visit Cornwall writes. Initially built in a Jacobean style by Thomas James and Juliana Agar-Robartes, Lanhydrock House was destroyed by a fire in 1881. Both Thomas and Juliana died shortly after, so their son Thomas Charles and his wife Mary “took over the property following these untimely deaths” and re-decorated in a “high-Victorian style.”

However, as ITV explained in a statement sent to Bustle UK, in 1953, one of Ollie's ancestors gave Lanhydrock House and surrounding 1,000 acres of land to the National Trust, and the site is now enjoyed by 400,000 people every year.

Ollie’s family is linked to the historic home through his father, Andrew, who is head of the privately-owned Lanhydrock Estate Company, as its official site reads. “My father is Lord of the Manor of Lanhydrock. The family title is Viscount Clifden,” Ollie told ITV2, via a press statement sent to Bustle. “When my father passes away or abdicates, as the eldest child, I will take on the titles and the estate. I’m the heir to Lanhydrock.”

Established in 1934 by Viscount Victor Agar Robartes, the Lanhydrock Estate Company consists of “a variety of business entities owning, running or managing farmland, buildings, houses and offices over some 2,500 acres in [the parish of] Lanhydrock and the surrounding area.” Although this no longer includes Lanhydrock House and Estate specifically, it seems to extend to a famous beach nearby — something Ollie has used to his advantage on a few occasions. "Best chat up line I’ve ever used is, ‘Do you know Polzeath beach in Cornwall? I own it.’ That’s it. Chat up line, done," he told ITV2.

With that in mind, be on the lookout for any confident flaunts from Ollie this series, because there are bound to be a lot with a family history like that. And it seems like he’s not shy of having all eyes on him, either. “I’m attention-seeking and I like to be the centre of what is going on at the time,” he said. “I wear my emotions on my sleeve, but I’m upfront and let people know what I think of them too.”