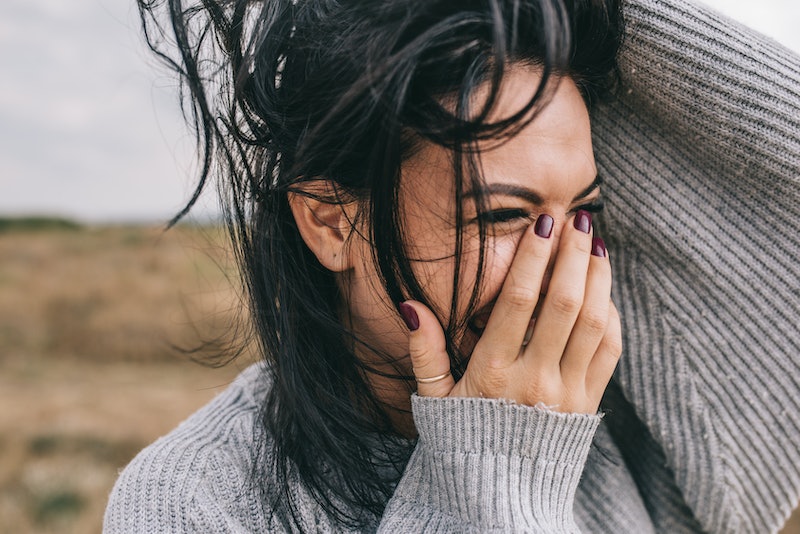 If you've ever seen the epic sci-fi film The Matrix then you might be familiar with "bullet time," which is basically a cinematic slowing or freezing of time. But what you probably didn't know is that it can happen IRL, too. Dubbed the Matrix Effect, it makes you feel like you're moving in slow motion, according to Marc Wittmann Ph.D. on Psychology Today. In the movie The Matrix, "the heightened perception of certain characters is represented by allowing the action within a shot to progress in slow-motion while the camera's viewpoint appears to move through the scene at normal speed," IMDb noted.

If this has ever actually happened to you, but others dismiss your experience, I have good news. While it is all in your head (your brain to be exact), this is a real thing, and it happens most often when people are in danger. Time is not actually slowing down, but your brain makes it appear that way.

While this has likely been happening to people since the dawn of time, it was first documented by geologist Albert von St. Gallen Heim in 1972 when he wrote that 95 percent of mountain climbers reported experiencing this phenomenon during accidental falls, according to a paper by Valtteri Arstila of the University of Turku in Finland, published in the journal Frontiers In Psychology.

Characteristics Of The Matrix Effect

What exactly is the Matrix Effect? Arstila identified six characteristics present when someone is experiencing this slowing down of time:

Wittman reported experiencing the Matrix Effect while driving. "When I turned a corner, the rear tires lost their grip and skidded away. In that moment, when I knew that I had to steer against the skidding of my car, time slowed down," he explained on Psychology Today. "I was very calm and waited for the right moment when I had to turn the steering wheel. Everything seemed to happen in slow motion. I eventually moved the steering wheel and my car was on track again. The event happened perhaps in a second or two, but it felt much longer."

Additionally, Arstila's research reported that only people who believe they are facing imminent death experience this slowing down of time in dangerous situations that come on suddenly like a car accident, or an accidental fall, which is why the effect is hard to replicate in a lab.

The Human Brain Is Still A Mystery

This experience is also referred to as Tachypsychia, a neurological condition that results in the distortion of time. Sometimes called Tachy Psyche effect, it has been well documented in interviews with police officers, military personnel, and martial arts experts, according to Rich Gasaway on Situational Awareness Matters.

Despite every living creature having one, scientists are still flummoxed when it comes to unraveling the mysteries of the brain, an article by Vivian Lam noted on Stanford Medicine's Scope. "We know very little about the brain," Neurobiologist Lu Chen, Ph.D. explained in the article. "We know about connections, but we don’t know how information is processed."

While it makes sense that the Matrix Effect is happening in the brain versus time actually slowing down (because why would time just slow down for one person?), there's still debate about exactly why it happens. But, if it's happened to you then you know it's real, and now you can invite Neo and Trinity over to discuss your shared experiences in the Matrix.