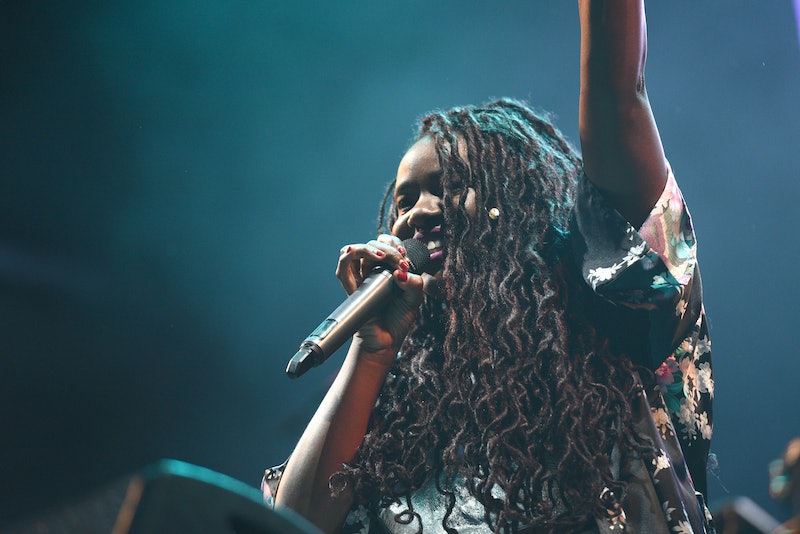 2019 may be far from over, but tonight marks the end of the year for British music thanks to the Mercury Prize. Celebrating the talent and artistry that UK musicians have to offer, this ceremony runs in a slightly different way compared to the BRITs or the NME Awards. So what is the Mercury Prize, and how is the shortlist chosen?

Unlike your usual awards set up, the Mercury Prize focuses on albums rather than categories like Best Solo Artist or Best Group. A judging panel will look back at the past year of music, and shortlist 12 albums with a decision "based solely on the quality of the music", as described on the Prize's site. Those featured on the shortlist will receive an 'Album of the Year' award, and the artist that wins the overall title receives an additional cash prize of £25,000.

Each year, around 220 albums are submitted by the UK music industry for the accolade, "from well-established artist to new and emerging ones." The judging panel, which is made up "of music experts from a variety of backgrounds" then whittles the massive number down to just 12 records.

The Prize always aims to produce a diverse shortlist that never focuses on one particular genre, and this year seems to be no different. As iNews reports, the Prize believes that this list "reflects the very best of British music [...] celebrating 'both the striking diversity of British and Irish music-makers and their shared purpose in exploring issues of identity and belonging at a time of division and disagreement'."

Critics have already given praise for this year's Prize, as it demonstrates "the return of political music" with many "artists on the shortlist addressing the hostile environment policy, austerity and racism," as The Guardian writes.

"I think there are lots of different types of politics in this shortlist," Jeff Smith, the head of music for BBC Radio 2 and 6 Music, told the newspaper. "There's the politics of austerity, climate change, urban decay, the politics of the heart and the mind. It's interesting to see how they reflect life for modern British people and the conditions they've found themselves in over this last year."

While there's not much time to listen to the featured records before the overall winner is announced tonight, this is the Mercury Prize 2019 shortlist:

Since beginning in 1992, the Mercury Prize has awarded artists such as Primal Scream, PJ Harvey, Dizzie Rascal, Arctic Monkeys, Skepta, and most recently Wolf Alice with the overall 'Album of the Year' award. But as the Prize states, being included on the overall shortlist can be extremely beneficial for artists just breaking into the industry.

"Instantly people want to check out our stuff because you have got this seal of approval," artist Ghostpoet told BBC Newsbeat in 2015, whose been nominated twice. "I was able to gig much more off the back of it and develop my live show and establish my career at that point."

More like this
Mimi Webb’s IRL Situationship Inspired “Red Flags”
By Catharina Cheung
Here’s How You Can Watch The Grammys 2023 In The UK
By Emma Madden and Catharina Cheung
All The Ways You Can Watch The Super Bowl In The UK
By Asyia Iftikhar and Darshita Goyal
This Girls Aloud x Sugababes Collab Still Hits All The Right Notes
By Sophie McEvoy
Get The Very Best Of Bustle/UK
Sign up for Bustle UK's twice-weekly newsletter, featuring the latest must-watch TV, moving personal stories, and expert advice on the hottest viral buys.