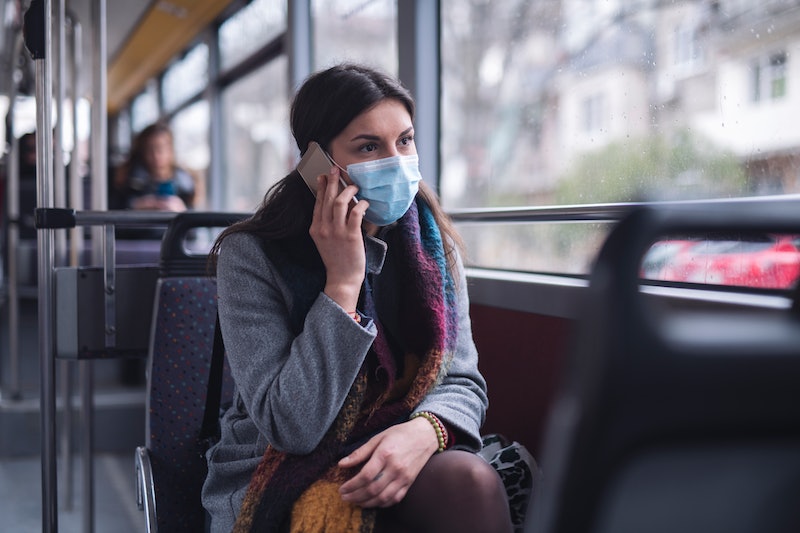 Announced during the coronavirus daily briefing on May 27, the NHS Test & Trace service is now up and running in England. "This new system will help us keep this virus under control while carefully and safely lifting the lockdown nationally," Health Secretary Matt Hancock said on Wednesday. For those looking for more information, here is a brief rundown of what the NHS Test & Trace system is and how it will work.

What Is The NHS Test & Trace System?

The Test & Trace system is a new method the government and NHS are trying "to trace the spread of the virus and isolate new infections." It is has been designed to ensure that anyone who develops symptoms of COVID-19 can be tested quickly and inform authorities about who they may have passed it to.

How Will The NHS Test & Trace System Work?

Under the new system, anyone who tests positive for COVID-19 will be contacted by the NHS via email, text or phone (calls will come from 0300 0135000). The NHS representative will then ask you to sign into the NHS Test & Trace contact tracing site, where you provide some personal information as well as the names and contact details of any people you were in close contact with in the 48 hours before your symptoms started. Your identity will not be shared with these contacts.

The NHS are specifically concerned about anyone who you have been within two metres of for more than 15 minutes in the previous two days, per the Guardian. Anyone who fits that description will then be contacted and told to self-isolate for 14 days, even if they are not unwell.

If you don't have access to the site, you can provide the necessary information on the phone.

The information you give "will be held in complete confidence and in line with the Data Protection Act 2018 which is the UK's implementation of the General Data Protection Regulation (GDPR)," and can only be seen by "those who have a specific and legitimate role in the response and who are working on the NHS Test and Trace." This information is taken and kept in the UK only.

Self-isolation isn't compulsory for those who are contacted by the NHS, but the Health Secretary has deemed it a "personal responsibility" and "civil duty" to do so. "This will be voluntary at first because we trust everyone to do the right thing, but we can quickly make it mandatory if that's what it takes," Hancock said when introducing the system.

What's Happening With The NHS App?

Initially launched on May 5 for Isle of Wight residents, the NHS Test & Trace app is expected to be more broadly available in early June, but only if the trial proves successful.

While not a necessary part of the Test & Trace system, the app will "supplement the other forms of contact tracing."

Northern Ireland implemented their own track and trace system on May 20, which is being "carried out exclusively by telephone," the BBC reports. The process is similar to England's and involved the Public Health Agency talking to people with a positive test about their infection and asking them whether "there are people they have been close to who may be at risk of becoming ill."

Contact tracing in Wales is set to be phased in from June 1, but the system has been piloted in certain areas since May 18. "We have made further progress in developing our testing capacity and making sure that we will be ready for contact tracing," Health Minister Vaughan Gething said in a statement. "Future relaxations of lockdown measures will be dependent on everyone following advice set out in our Test, Trace, Protect strategy, including self-isolating when required."

Scotland's First Minister Nicola Sturgeon is expected to announce their "route map" for easing out of lockdown on May 28, which will to include a similar contact tracing strategy, Track & Protect, and will be implemented across the country.

More like this
This Is When Netflix Is Going To Start Charging You For Sharing Passwords
By Darshita Goyal
Here’s Where The NHS Nurses’ Strike Currently Stands
By Sophie McEvoy
How To Help Those Affected By The Turkey-Syria Earthquake
By El Hunt
Pret & Costa’s Coffee Is The Strongest On The High Street, According To Which?
By Sam Ramsden
Get The Very Best Of Bustle/UK
Sign up for Bustle UK's twice-weekly newsletter, featuring the latest must-watch TV, moving personal stories, and expert advice on the hottest viral buys.