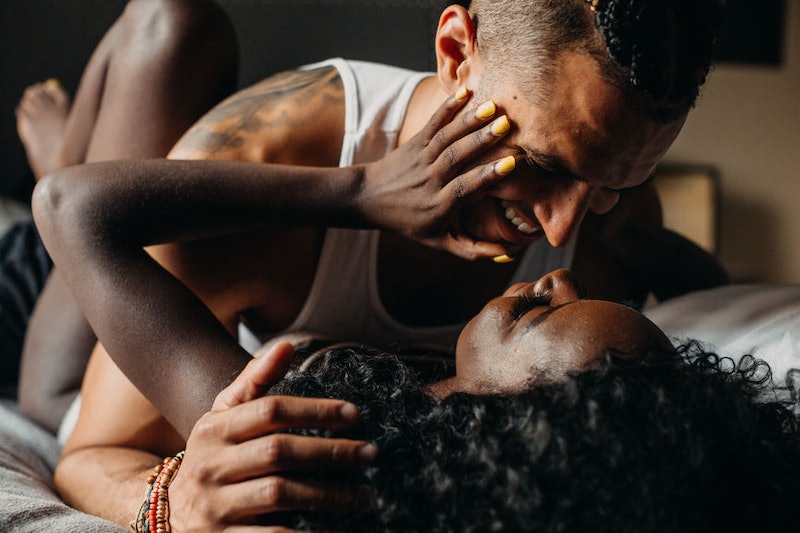 Despite all the amazing progress women before us have achieved, there is still some clear inequalities between the sexes; some more talked about than others. Have you heard about the orgasm gap, for example? If not, you may now be wondering what is the orgasm gap? Well, let me tell you, it is a very real problem that needs to be addressed.

Put simply, the orgasm gap is the huge difference between men and women with regards to how often they both climax. Turns out, men have considerably more orgasms than women. Combine the orgasm gap with the gender pay gap, and it would appear that women are less satisfied sexually and earn less money. So yeah, basically, it's a lose-lose situation. Not cool.

Research cited by the Kinsey Institute reported that when women had sex with men, they orgasmed just 63 percent of the time. This figure rises to 75 percent during sex between women, and peaks at 85 percent for gay and straight men. A study published in The American Sociological Review, found that the orgasm gap is worse when it comes to casual sex. Clinical Psychologist Linda Blair sought to explain why the orgasm gap is such a problem during an interview with the Guardian. She said: "Women are still socialised and raised to please. It is easier for a woman to say nothing if it is not working, and then wait for it to be over. The woman may also be thinking ahead, and trying to prevent problems in the future by not saying anything — in case he gets anxious, in which case, neither of them will have any fun."

A survey conducted by the Eve Appeal, the UK gynaecological cancer charity, found that women were more familiar and knowledgeable about men's bodies than their own. In addition, some 60 percent of women could label the diagram of a male body correctly compared to just 35 percent who knew how to label the female anatomy.

In my opinion, the orgasm gap cannot be put down to individual fault but the value we place on female pleasure and the knowledge we have of female bodies. There is so much emphasis on penetrative sex as the ultimate sexual act. The end goal. Pressure comes with that for women to just magically be able to get off even if none of your buttons are being pressed, and it is so unfair. It's time we took a stand on this one, ladies.

Writing for the Guardian, executive director of women's charity WCG Cares Shannon Bledsoe explained how this problem can be addressed. She said: "In order to cultivate a culture of true gender equality, we need candid conversations and accurate, sex-positive information. Without this, pop culture, pornography, and outdated cultural institutions fill in these gaps with unhealthy stereotypes and unrealistic expectations that centre on male pleasure and leave women in a supporting role."

Closing the orgasm gap is going to require knowledge from all parties involved. Across the world women are standing up for equality in the work place, on the streets, and in the classroom, so surely we should be getting a fair deal in the bedroom too. Am I right or am I right?

Update: An earlier version of this article mischaracterised data from The American Association of University Women's report The Simple Truth About The Gender Pay Gap. The article has now been updated.