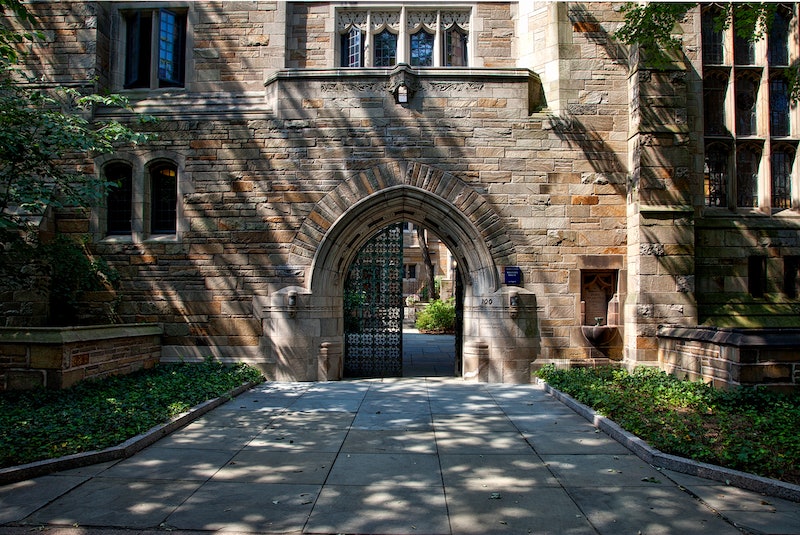 Across the country, hundreds of thousands of students are heading off to college, many for the first time. It's a period of excitement, discovery, and seemingly endless ice breaker games. It's also the beginning of what is known as the "red zone" — a period of six weeks that experts believe is the most dangerous time for campus sexual assault.

More than 50 percent of campus sexual assaults occur between August and November, according to the Rape, Abuse & Incest National Network (RAINN). These months are often full of booze-filled back-to-school parties, where freshmen with little drinking experience (and few friends to watch out for them) are especially vulnerable to attack.

Schools have taken notice of this phenomenon, and many are taking action and implementing sexual assault trainings early on in students' orientation in order to make them aware of the dangers they face throughout college, but particularly in the first few weeks of school.

"Students arrive on campus thinking sexual assaults are most likely committed by strangers or someone jumping out of a bush," Laura Bryant, director of the Center for Health Education and Wellness at the University of Tennessee told the Knoxville News Sentinel. "It's really important that we get out accurate facts about this time."

While there's much more awareness about campus sexual assault than there used to be, the facts are still overwhelming. According to RAINN, 23.1 percent of female undergrads, 21 percent of TGQN (transgender, genderqueer, and nonconforming) students, and 5.4 percent of male students experience sexual assault. A report by the National Institute of Justice found that 90 percent of college sexual assault victims know their assaulter, and data compiled from the Clery Act (which requires colleges and universities to publish an annual report of all the crimes occurring on and off-campus) indicated that 74 percent of all reported rapes occurred in on-campus residential housing.

But as important as it is to educate incoming students about the risk of sexual assault, some question whether the concept of a red zone is useful.

In an interview with the Guardian in 2016, Lea Hegge, a trainer for the nonprofit called Green Dot, which runs programs to prevent sexual assault, said her organization doesn't use the term red zone.

"It encourages this idea that there is a most dangerous time on campus, and if you only follow a list of what not to do in order to not get assaulted, you won’t," Hegge said. "It’s putting the onus on the victim for preventing their own assault.”

Some say that as much as young women in particular may try to heed advice about how to say safe, the people who seek to hurt them know how to work around them.

“The people who are facilitating [sexual] assault on college campuses are aware of who they can take advantage of,” said Hegge.

Change won't really come, many experts argue, until there is a significant cultural shift that moves the responsibility of sexual assault off of the shoulders of victims, and onto the shoulders of the criminals who attack them.

Unfortunately, such a significant shift is years away, but thousands of college freshmen are flooding onto campuses across the country right now. So while it may not be a long-term solution to campus sexual assault, there can at least be more open and honest discussions about the problem, and awareness of particularly dangerous periods like the red zone.