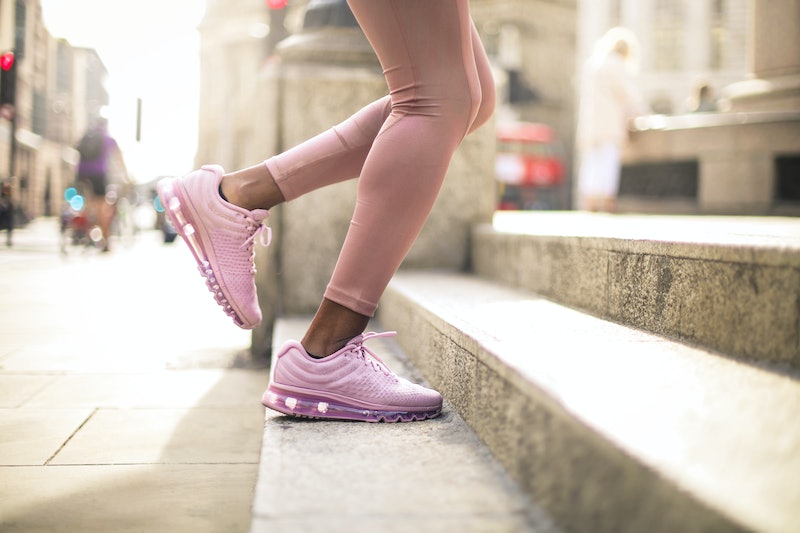 The worldwide coronavirus lockdown has resulted in us having much more of one thing: time. And with that time, many of us have found ways to contribute to the NHS and other brilliant key workers. This includes plenty of challenges on Instagram, from the one where you have to down your favourite drink to another holding a 5-minute plank. But what is Run 5 Donate 5 Nominate 5; the most common and popular challenge of the moment? If you've seen the challenge doing the rounds, or have even been nominated yourself, here's what you need to know.

The 'rules' of as such are pretty self-explanatory, given the challenge's name (it's also named 'Run For Heroes,' FYI). Quite simply, those nominated are expected to undergo a 5k run or walk, donate £5 to the NHS, then nominate five other people on social media to do the same.

All donations are going to NHS Charities Together, which is the umbrella organisation of charities which support the welfare of the NHS staff against coronavirus. The proceeds will help buy wellbeing packs for staff and volunteers, as well as things like travel, parking, accommodation and food costs.

It's a brilliant campaign, and one you can easily get involved with. Broken down a little more simply, the first thing you need to do is get out there on your 5k. If this brings the fear of life into you, fear not, because you don't actually have to run the distance. If you're not much of a runner, walking is completely fine.

The most important thing is that you donate the money, and that can be done via the campaign's charity page. After you've done this, you need to then pass it on by tagging five other people (usually on Instagram) that you think should do the challenge next. Some people have been posting pictures of their faces while running along with their tags, but again, there's no pressure to do this or even include a photo of you at all if you don't want to.

The Run For Heroes challenge started in Edinburgh on 28 March, when 27-year-old Olivia Strong decided to take action. “I was out running and I saw how many people were also out running,” Strong explained to Pure Radio. ”I thought: surely there’s something in this? Surely we can put this to a cause. I thought if people can afford to give £5, it’s not too much of an ask, and people will feel like they’re doing something, and if they nominate five people then it will spread – almost like a virus.”

Incredibly, the campaign has raised over £2 million (and counting), far outreaching its original £5k goal. A number of famous faces have been taking part too, including Ellie Goulding, Nick Grimshaw, and Clara Amfo. Will you be the next one to give it a go?