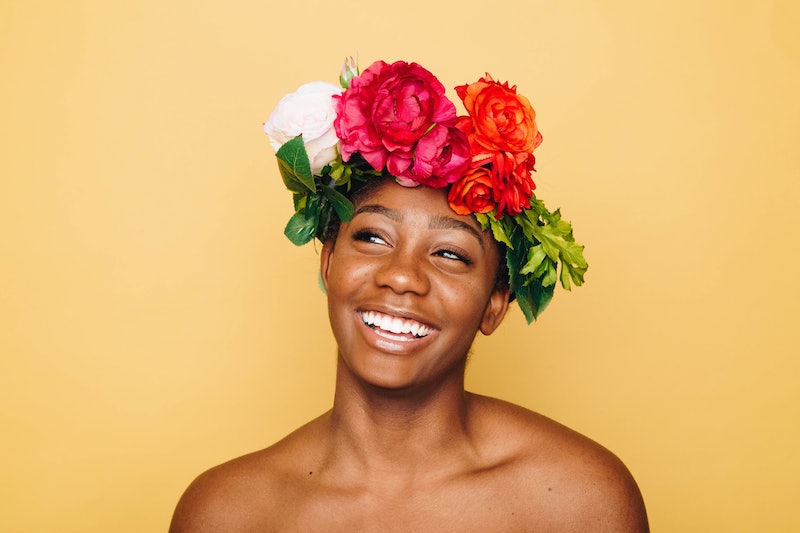 Lately, a lot of attention has been focused on the gut microbiome, the peculiar mix of bacteria and microbial organisms that live in your digestive system and have been shown to influence bodily function in myriad ways. But microbiomes exist in other parts of the human body as well — and there's one you might not be thinking about in terms of health. The skin microbiome has its own sophisticated complexity, housing a community of millions of microorganisms all over your body. That shouldn't freak you out: that microbiome is part of healthy human functioning, and helps with everything from wound healing to immune protection. And it's proving to be more interesting and complex than it seems.

Our skin microbiome is the product of a lot of different factors, including our genes, and exist in diverse communities in the body — like the gut, the mouth, the skin, and others, that tend to react to what's happening in our body and environment. (In fact, there's more diverse bacteria on your skin than in the much-celebrated gut microbiome.) Medical researchers, though, are extremely interested not only in what the biome is like in its ordinary state, but in what happens when something goes wrong in the biome, and whether manipulating the microbiome could help skin-based issues from wounds to skin diseases.

Looking at the skin microbiome has resulted in a lot of new ideas about skin-based problems and where they come from. It's shed light on acne: we now think that serious acne seems to be caused by the over-enthusiastic presence of a bacteria, Propionibacterium acnes, in skin microbiomes in shapes that make antibiotic treatment less effectual. It's not just that, though. A study released in 2017 revealed that in acne patients, skin microbiome bacteria are less "balanced" than in people with healthy skin, and that antibiotics might be less useful for acne treatment than medication designed to restore microbial balance. Skin microbiomes also play a role in everything from atopic eczema (which appears to be characterized by imbalances in various kinds of bacteria on the skin) to dandruff and eczema. Research has been done that indicates it may also have a role in the skin-reddening condition rosacea, which might flare as the microbiome changes in reaction to inflammation.

But the microbiome is also proving to be intriguing in other ways. For one thing, it seems to act as a barrier to certain infectious diseases. Well-functioning skin microbiomes on subjects in a 2015 experiment meant that they were better protected from serious skin issues, including one linked to HIV. If you're good at fighting off skin infections, it's likely that your microbiome is flourishing and properly balanced. Human microbiomes are also being revealed to be contagious: couples who live together, according to the Human Society of Microbiology, seem to start developing similar skin microbiomes, and the University of Pennsylvania released results earlier in 2017 showing that skin microbiota populations carrying nasties could pass those bacteria on to other nearby things.

Skin microbiota, as you might have guessed, are always shifting and reacting to things. One element seems to be age. An ancient microbe class called archaea has been found to shift its amounts on the skin the older you are, showing up most on children and people over 60. Nobody, as yet, knows why, though it could have something to do with immune system needs or something else. And our microbiomes are also vulnerable to the environment, from our make-up to substances in the air and our living and working spaces. As the world changes, so does our skin - and that may not be a good thing. "The built environment, global biodiversity losses and declining nature relatedness," wrote a collection of scientists in World Allergy Journal in 2017, "are contributing to erosion of diversity at a micro-ecological level, including our own microbial habitats." If our skin microbiomes lose their diversity, chances are that our health will suffer.

But the skin microbiome might also be the site of new ideas for therapies and cures for skin-based conditions and other ideas about human medicine. Elizabeth Grice, PhD, of the Penn Institute of Immunology, who's one of the most prominent researchers on skin microbiota, has written that we're limited in how we can study the skin microbiome by the fact that less than 10 percent of those microorganisms seem able to survive in laboratory conditions. But, she adds, looking at the microbiome might be a good diagnostic tool when people turn up with skin issues. In two studies, on diabetic foot ulcers and acute traumatic wounds, distinct kinds of microbiota seemed to communicate different things about the patients, from how bad the wound was to how likely it was to develop complications. It may be good future practice for people who show up in the ER with serious skin problems to immediately have their skin microbiome analyzed ASAP.

We're getting closer to an idea of what "ideal" microbiomes on the skin should look like: scientists looking at how the microbiome might influence skin allergies to cosmetics produced a theoretical one early this year. But we're still learning a lot. In the future, your trip to the dermatologist might involve microbial treatments we can't even imagine yet. And if all this talk of bacteria and germs is making you want to scrub your body violently, don't worry: a good diverse skin microbiome is a healthy thing.

More like this
Constance Wu On Self-Doubt, Family Drama, & Her Sister's Unwavering Support
By Constance Wu
How To Turn Your Small Living Room Into A Cozy Nook For The Holidays
By Jessica Goodman
15 Winter Wonderland Decorations For Your Small Bedroom
By Jessica Goodman
Your Horoscope For October 2022
By Alexandria Lettman
Get Even More From Bustle — Sign Up For The Newsletter