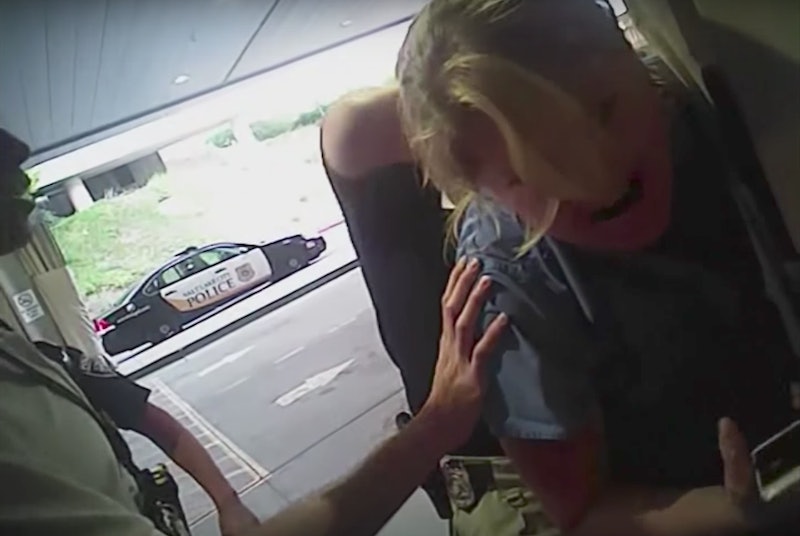 There's a new policy in effect at the University of Utah Hospital where a nurse was violently arrested for protecting the rights of her patient. Police video captured the event, and it was released to the media last week after the nurse in question and her attorneys decided that the police had not taken adequate steps to prevent such a situation in the future. Now the hospital has taken action and police must stay away from University of Utah nurses.

According to a report in The Washington Post, police now must instead make similar requests to senior employees on duty at the hospital, house supervisors. In addition police are no longer permitted to even enter patient care areas. That way nurses can focus on those under their care, and police cannot pressure them into breaking hospital policy regarding patients' privacy.

The hospital apologized Monday that the hospital's private security did not intervene on the nurse's behalf. The hospital's CEO, Gordon Crabtree, also made clear that they had changed the policy to protect the nurses before the video was made public. "There's absolutely no tolerance for that kind of behavior in our hospital," Crabtree said at a news conference Monday. "Nurse Wubbels was placed in an unfair and unwarranted position. ... Her actions are nothing less than exemplary."

The incident began when an officer requested to take blood from a patient who was unconscious in the hospital's burn unit. But that is against hospital policy if there is no warrant or the patient is not under arrest — at least when the patient is unconscious. The nurse stood her ground, and then the officer pulled her outside violently and cuffed her as she screamed, "I've done nothing wrong! I've done nothing wrong! Why is this happening? This is crazy!"

The nurse in question, Alex Wubbels, explained that she was not planning to sue the police department but that she was hoping that their policy would change as a result of coming forward. She told the Today show that the Salt Lake City police had initially seemed willing to move on the issue, but not so with university police or university security. “So it was a little bit of a trigger to say, all right, this is what you need to see. If you’re not willing to see it then I’ll show it to you,” Wubbels said on the news program.

University of Utah Police Chief Dale Brophy also apologized on Monday at the news conference, saying that he had not seen the video before it was released publicly and he sees now that the incident was not handled professionally. Wubbels "should not have been subjected to arrest for doing her job,” he said.

Now, with the hospital's change of policy, Wubbels and other nurses should be better protected from such interactions.