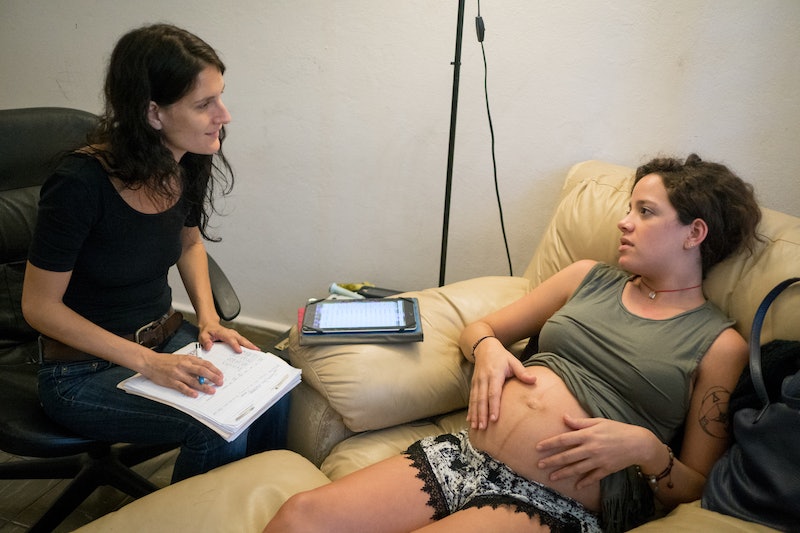 On Monday, the New York Times shared a Census Bureau paper titled "The Parental Gender Earnings Gap in the United States" and suggested that the wage gap for moms was heavily influenced by childbirth. In other words, the age at which a woman decides to be a mother unmistakably influences the salary she earns as a working woman. According to the paper, women are essentially punished with lower earnings if they have babies between the age of 25 and 35.

The paper says that if a woman has a baby between 25 and 35, the pay gap between her own income and her husband's will double. The Times described this difference in income as "a drop in the mother’s pay" while the husband continues to earn more than her. The outlet pointed out that before women in the study became mothers, they made on average $12,600 less overall than their husbands. That gap nearly doubled after those women had children. After becoming a mother, women in the study made $25,100 less overall than their husbands.

Although the paper was published in November 2017, its cultural and economic significance continues to spark a conversation on the gender wage gap in America. One of the authors of the paper, Danielle H. Sandler, told the New York Times that it demonstrates how "the birth of a child is really when the gender earnings gap really grows."

Economists and sociologists refer to the decrease in pay for working mothers as the "motherhood penalty." For instance, University of Massachusetts sociologist Michelle Budig wrote a paper along with Paula England called "The Wage Penalty for Motherhood." It explains how companies tend to look past women who become mothers by sending promotion offers and pay increases to other employees.

The topic remains ever present. In 2016, Bundig told NBC News, "It seems to be the motherhood penalty increases as children age. It's not like you immediately get a lower paying job, but you miss out on the next promotion, you don't get the next raise, your performance is evaluated lower."

The Census Bureau paper's authors wrote that they used Social Security Administration Detailed Earnings Records (SSA-DER) information from the Survey of Income and Program Participation to come up with their conclusions. The data covered three decades from 1978 to 2011 and showed that women who had a baby between the age of 25 and 35 suffered greater economic disadvantage than mothers who had babies before 25 or after 35.

According to the paper, the wage gap for women who have children either before 25 and after 35 tends to decrease after a few years. The authors of the paper wrote, "After the child's first year of life the gap continues to grow for the next five years, but at a much slower rate, then tapers off and even begins to fall once the child reaches school-age."

But for the women who have babies between 25 and 35, the authors say the wage gap never closes, though it does begin to shrink after children turn about 10 years old. This is combined with studies showing that mothers tend to put more time in for caring for their home and their children as well as their job demands. A 2015 Pew Research Center study showed that women were more likely to devote time to adjusting both professional and personal commitments than their male peers. And it's not just a random choice. Research shows that a majority of top American companies fail to provide adequate paternity leave as an option for their employees. This, in turn, puts disproportionate responsibility on the mother after a child is born.

For working mothers, the Census Bureau's study points to something that some observers describe as an impossibly difficult choice. As a Twitter user said it shows how mothers are forced to "choose between family or career." And that's anything but fair.