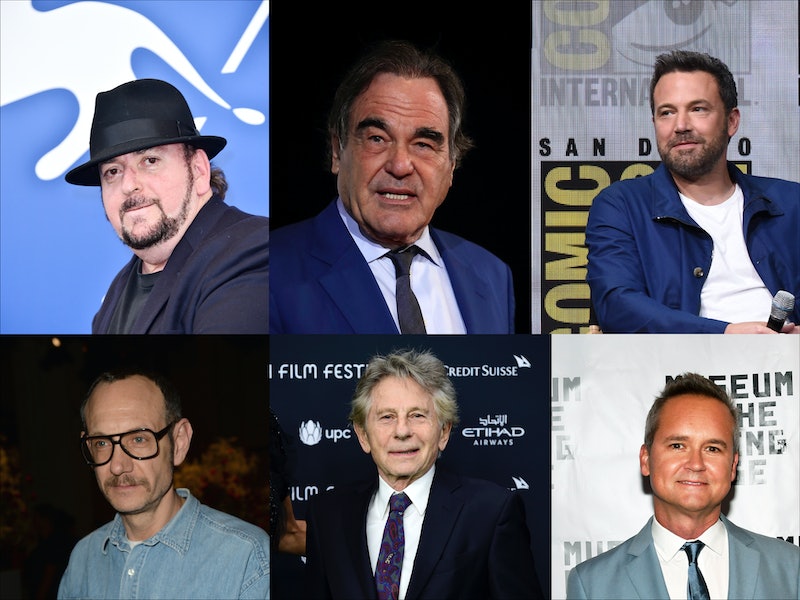 Following the bombshell revelation that film executive Harvey Weinstein engaged in a pernicious pattern of abuse and assault against women (he denies all allegations of non-consensual sex), more and more women have found the courage to speak out. The New York Times report cleared the way for dozens of women have come forward about other powerful men whom they say have used their positions to harass, intimidate, and assault women. In what has been dubbed "The Weinstein Effect," these men have faced a reckoning of their own making, paying significant consequences for their alleged sexual misconduct.

The following list compiles the claims against some 17 men who have been newly accused of sexual harassment and/or assault since the Weinstein story broke in early October. These men come from a variety of fields — journalism, entertainment, culinary arts, sports, the humanities, and beyond.

Some of them have been fired from their jobs as a result of the allegations against them. Some have not. Some have spoken out to acknowledge or dispute the allegations, and others have chosen to remain silent.

The diversity among the men is striking, as is the sheer number of men being accused of sexual misconduct. Many are watching closely to see if the recent allegations against these powerful men marks the beginning of a cultural shift in which women feel more comfortable speaking out publicly against sexual misconduct — and confident enough that those men will be held accountable for their actions.