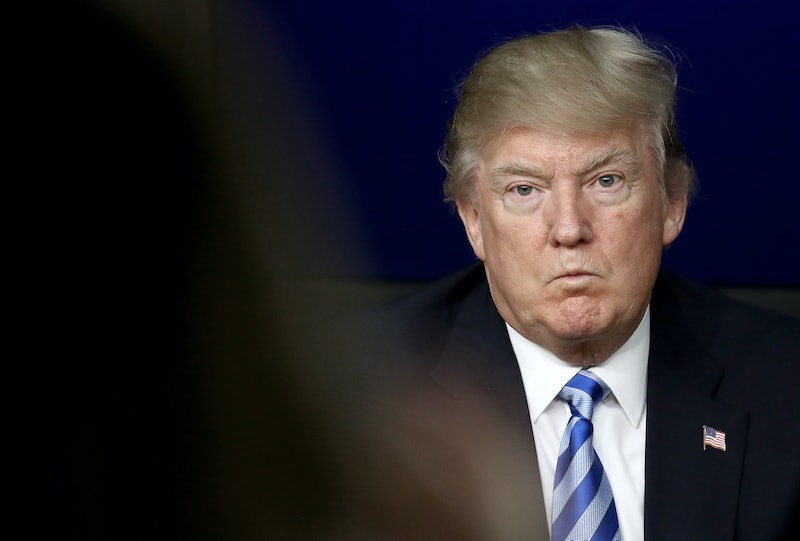 Many crucial issues were denied the coverage they deserved during the 2016 election, but none more than the civil war in Syria. Now in its sixth year, the violence has never really dissipated, nor the inhumane brutality of Syrian President Bashar al-Assad's war tactics. At least 400,000 civilians have been killed — tens of thousands of them children. This week, reports confirmed another chemical attack unleashed by Assad's forces that left at least 58 people dead. And yet, President Trump remains as seemingly nonplussed by Syria and its horrors as he did during the campaign.

On Friday, Trump spokesman Sean Spicer commented that "with respect to Assad, there is a political reality that we have to accept.” That political reality being Assad remaining in power, apparently. U.N. Ambassador Nikki Haley also spoke up on Syria last week, saying "Our priority is no longer to sit there and focus on getting Assad out. Our priority is to really look at how do we get things done... We can't necessarily focus on Assad the way that the previous administration did." This amounts to Trump essentially endorsing Assad's continuing power in Syria, a move that is both morally bankrupt and a self-inflicted knee-cap in terms of political leverage. Though this stance is a consistent one — candidate Trump broadcasted a similar nonchalance about atrocities in Syria on the few occasions he did field questions on the issue.

Rex Tillerson, the secretary of state, called on Russia and Iran to exert some muscle over Assad, in the name of stopping future chemical attacks. "We call upon Russia and Iran, yet again, to exercise their influence over the Syrian regime and to guarantee that this sort of horrific attack never happens again."

Good luck on that, Tillerson. This is year six of unfathomable suffering in Syria, and Assad has no incentive to stop when Russia gives him military aid, and POTUS just publicly admitted the U.S. is fine with him staying in power in Syria.

President Obama had a similar approach. After Assad infamously crossed Obama's "red line" by using chemical weapons in 2013, the former president did not follow through on his public threat of military repercussions. Over his two terms in office, there was much talk and little action on the heinousness of Assad's war against his own people.

Many foreign policy analysts and experts for both presidents defend such inaction with a cynical response of "What can we do?" If that's your starting approach, the answer can too easily appear to be "nothing." Nothing, that is, except witness the slaughter of more men, women, and children and craft further futile statements about how "unacceptable" it all is.

One thing is now clear: those hoping for immediate peace in Syria must not pin their hopes on the United States. President Trump appears none too bothered by Assad's reign of terror.