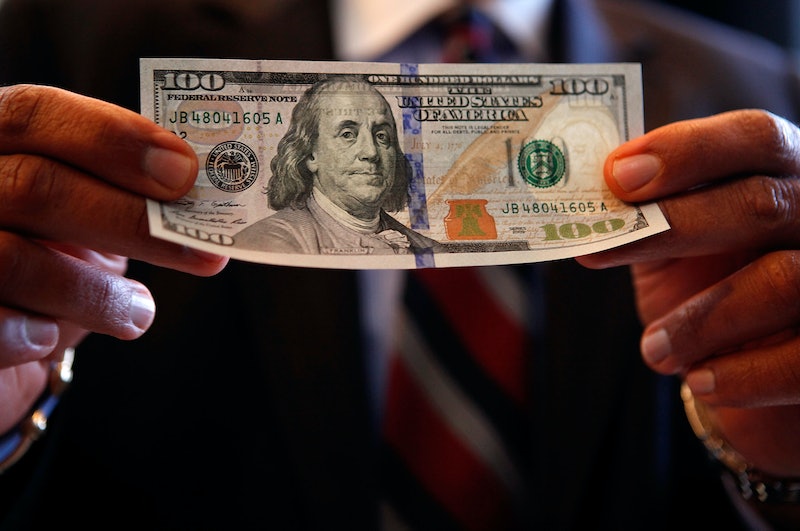 According to the Basic Income Earth Network, an international group that aims to educate and foster a global discussion on the topic of basic income, a universal basic income is "a periodic cash payment unconditionally delivered to all on an individual basis, without means-test or work requirement." In essence, it's a regularly paid periodic no-strings attached source of income provided to every individual with the goal of reducing poverty and inequality rates.

In an effort to test the impact and effectiveness of a universal basic income, Stockton has begun the Stockton Economic Empowerment Demonstration (SEED), which handed out $500 cash on pre-loaded debit cards as part of its experiment, The Sacramento Bee has reported. The California city is, according to the paper, the first U.S. city to lead such an experiment.

But not everyone in Stockton will be lucky enough to cash in, so to speak. According to Stockton Mayor Michael Tubbs, only 130 residents will receive the monthly $500 payments. What's more, those payments are only guaranteed — as far as the experiment goes — for a total of 18 months.

"I think [the universal basic income program] will make people work better and smarter and harder," Tubbs told NPR when discussing preparations for the project last year. "We're not just designed just to work all day and run a rat race. We're designed to be in community, to volunteer, to vote, to raise our kids. And I think the more inputs and investments we can give in people to do those things, the better off we are as a community."

According to The Sacramento Bee, SEED puts no stipulations on how the $500 can be spent or what it can be used to purchase. Rather, researchers plan to merely track and analyze how the guaranteed universal basic income impacts participants' spending and/or saving. Researchers will also examine if and how the money impacts financial stability or overall quality of life with surveys and interviews that ask if families are spending more time together or if their health outcomes are changing, SEED director Sukhi Samra told The Sacramento Bee.

While Stockton is the first U.S. city to test the impact of a universal basic income, its experiment doesn't make the United States the first country to tackle the question. Finland has led a similar trial into the impact of a guaranteed basic income on promoting employment by giving 2,000 unemployed citizens 560 euros every two months for two years.

According to Vox, preliminary findings from Finland's trial found that while a guaranteed basic income had no positive or negative impact on people's likelihood of entering the workforce, it did improve recipients wellbeing by lowering stress and boosting happiness.

More like this
This Is When Netflix Is Going To Start Charging You For Sharing Passwords
By Darshita Goyal
Twitter Has *A Lot* To Say About The "Single Penalty”
By Sam Ramsden
What Is Pamela Anderson’s Net Worth? She Was Never Paid For Her Stolen Sex Tape
By Hugh McIntyre
Emily Atack’s Net Worth Would Make Charlotte Hinchcliffe Proud
By El Hunt
Get Even More From Bustle — Sign Up For The Newsletter
From hair trends to relationship advice, our daily newsletter has everything you need to sound like a person who’s on TikTok, even if you aren’t.