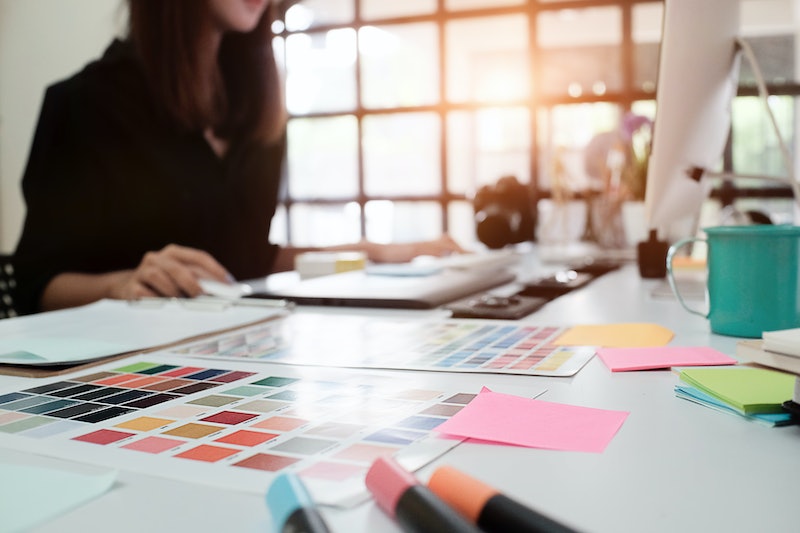 Most of us are familiar with "ghosting" (unfortunately). In the dating world, it's the dreaded phenomenon where, for whatever reason, a person cuts off all communication with another. No warning, no explanation, nothing. You'll probably see them liking pictures on Instagram or spot the green "active" bubble by their name on Facebook, while your text remains on read and the radio silence continues. Infuriating as it is for the ghostee, the infamous ignoring act is oh-so-common — and now, it's moved beyond the sphere of romance and into the workplace. Ghosting in the workplace is a new form of breakup technique, but employers are the ones getting the cold shoulder.

"Where once it was companies ignoring job applicants or snubbing candidates after interviews, the world has flipped," LinkedIn managing editor Chip Cutter wrote in an article defining it. Work ghosting can take many forms: candidates failing to show up to interviews without a word, accepting a job and missing out on the first day (skipping an explanation), or leaving a job with zero notice instead of formally quitting. "Bosses realize they’ve quit only after a series of unsuccessful attempts to reach them," wrote Cutter. Bloomberg points out that Bureau of Labor Statistics data confirms the rise of quitting jobs: 2.4 percent of workers quit their jobs this May, which is almost double the 1.3 percent that called it quits in May of 2010. So, why have the tables turned?

A Twitter video by TicToc, Bloomberg's news network on Twitter, explains that it might have something to do with the current nature of the job market. "With the unemployment rate at an 18 year low, there are more open jobs than unemployed workers — giving people the courage to walk away," they reason. LinkedIn's Cutter wrote that "some of the behavior may stem not from malice, but inexperience." It makes sense. "Professionals who entered the workforce a decade ago, during the height of the Great Recession, have never encountered a job market this strong," Cutter continued. These young professionals may find themselves in a situation they've never dealt with before: juggling multiple job offers, and not knowing exactly how to turn some down.

In this sense, workplace "ghosting" is like the spitting image of the avoidance technique in the dating game. Confronting someone who's been pursuing you to break things off is a conflict-hater's worst nightmare: it's awkward, disappointment is usually inevitable, and sometimes, you really have no idea what to say. After playing out all of the disastrous break-up scenarios in your head, simply never responding or giving an explanation can seem like the easiest way out. What about when employers ghost candidates, though?

It's safe to say many agree that "ghosting" in the workplace can go both ways — candidates aren't the only guilty party.

The collective opinion on social media seems to be that millennials aren't the first generation to "ghost" at the workplace, and probably won't be the last — but more importantly, people are fed up with the fact that employers can ghost candidates with minimal repercussions. "Ghosting" is likely here to stay in the workplace, and it seems like a big conversation about fairness and double standards needs to be had.