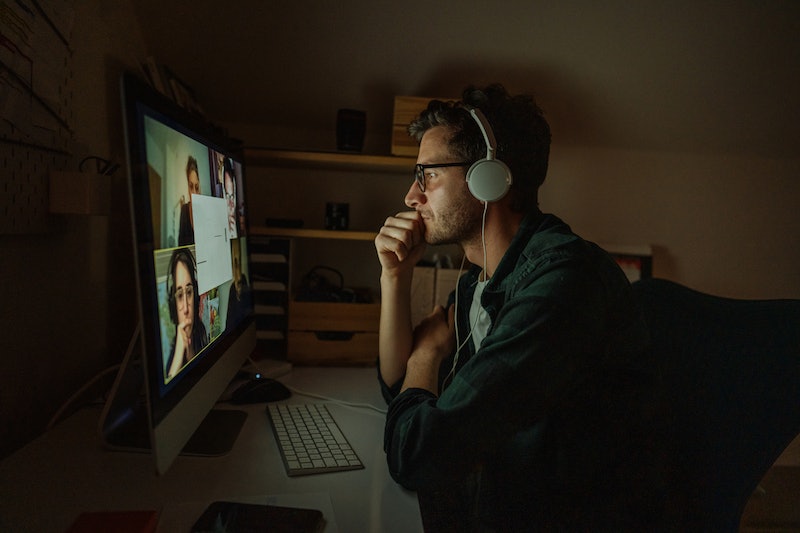 Lockdown during COVID-19 has been tough. However, video-calling platforms like Zoom have made things so much easier. From facilitating morning conference calls to helping you carry out a Friday night virual pub quiz, Zoom has been the closest thing a lot of people have had to seeing their friends, family, and colleagues over the last few weeks. Some people have even taken to it to keep their love life alive. But now a new trend threatens to disrupt all that. So, what is Zoom Bombing, and how can you protect against it? It’s unlikely one of your work meetings or dates has been gatecrashed in real life, but Zoom Bombing is basically that. While some people have reported that strangers have crashed their chats just to be disruptive, there’s a much darker side to it than that too.

What is Zoom Bombing?

As the name suggests, Zoom Bombing is a cyberattack on your video call where an individual or a group of people enter it without the permission of the host.

Not only is this interruption disruptive and frustrating, some crashers have used Zoom Bombing to share offensive or explicit images and hate speech. Students have reportedly had online lectures infiltrated by Zoom Bombers and church services have been replaced with pornography, causing users to question how private Zoom meetings actually are.

In fact, Zoom Bombing has become such a serious issue that the FBI has issued a news release to warn people of the threat. It may sound harmless but PCMag says that Zoom Bombers have been collecting Zoom IDs and sharing them in order to Zoom Bomb meetings together. Some have recorded the Zoom meetings after they’ve been Zoom Bombed and shared them on YouTube and TikTok afterwards.

How has Zoom responded to Zoom Bombing?

In a statement given to The Verge, a Zoom spokesperson said: “We’re always striving to deliver our users a secure virtual meeting environment. Effective April 5, we are enabling passwords and ​virtual waiting rooms by default ​for our Free Basic and Single Pro users. We strongly encourage all users to implement passwords for all of their meetings.” This new feature means that, once you log onto your Zoom meeting, the host will grant access to people from the waiting room, either individually or as a whole.

In a blog post on April 1, Zoom's CEO Eric Yuan said that his team was working to address the issue of Zoom Bombing. "Over the next 90 days, we are committed to dedicating the resources needed to better identify, address, and fix issues proactively," he wrote.

Yuan explained that Zoom would be "enacting a feature freeze" in order to focus on "trust, safety, and privacy issues." He also said that his team is committed to conducting a review with outside support to understand the how security on the platform can be the tightened. Finally, Yuan has said he will personally be hosting a weekly webinar on Wednesdays at 6 p.m. UK time to provide the community with privacy and security updates.

I have reached out to a Zoom representative to see if they have any further comment on Zoom Bombing and their plans to tackle it.

How can you protect against Zoom Bombing?

So, what else can be done to avoid being Zoom Bombed? Science Alert has advised you go into your settings and make sure that screen sharing is only possible for the host of meetings. If you can, turn off the file transfer function and turn off the “allow removed participants to rejoin” setting. In addition, you can turn off the “join before the host” feature and turn on the “require a password” for meetings one. Zoom have also advised that people shouldn’t share the links to their meetings or the details of their meetings on social media.

Managing bad behaviour and harassment hasn’t had to be a priority for a platform like Zoom until now. With video conferencing platforms becoming such a lifeline for people's social and work lives, it’s depressing but not surprising that people are abusing it. However, by keeping the details of your Zoom meeting private and making sure your privacy settings are as tight as they can be, you are more like to be able to avoid any awkward and disturbing Zoom Bombing.