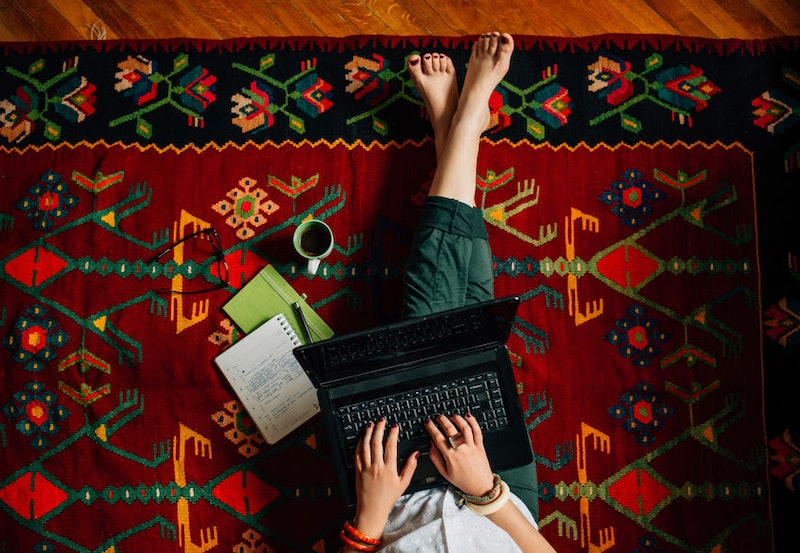 I started my ghostwriting career as a favor to a family friend — the kind of favor that someone does for you, by pretending they need a favor from you. I was months out of graduate school and desperate for a writing gig; he was well-known in our community and wanted help finishing his memoir. Dozens and dozens of pages of notes, thousands of hours, and exactly 21 months later, I had written a book. It was someone else’s book, sure. But from beginning to end, I had arranged and rearranged every single word.

Each book was like a puzzle. Disjointed notes or audio files combined with the particular nuances of each client’s personality to create a story.

Then, as is wont to happen if you finally work up the confidence to say "I’m a writer" when people ask you what you do, it seemed like everyone around me wanted to write a book, or believed they had a book-worthy story to tell, including the woman I babysat for, my fitness instructor, the cashier whose lane I preferred at the grocery store, the guys who came to steam clean the carpeting in my new apartment, a young mom I had become friends with, and the old man who always seemed to be checking his mailbox at the same time I did. Most of these aspiring memoirists weren’t serious, but one was. Suddenly, I had another gig. This time, I found myself faced with hours upon hours of audio recordings, all of which needed to be transcribed and turned into something resembling literature. Again, somehow, I did it.

Through a referral, I was offered another opportunity to ghostwrite a book, and then another. Each time I wrote faster, cleaner, and better. Each book was like a puzzle. Disjointed notes or audio files combined with the particular nuances of each client’s personality to create a story. All of these stories were published without my name on them.

It’s rare that I experience writers’ block when ghostwriting. Even in the instances when a client has given me practically nothing to go off of — a title, a table of contents, a general picture of who they are and where they come from — I’ve dug in and found a way to produce the material they want. (Once, I even ghost-wrote some material off of nothing more than the synopsis of a client’s favorite movie and their list of all the reasons they like it.)

Meanwhile, my own book — a novel that I’ve had in my head and written piecemeal (very minimal piecemeal) — has been languishing for almost a decade. I’ve been sketching various manifestations of its characters for even longer.

When faced with a blank document of my own making, I stare at the cursor for far longer than I’d like to admit. Then, I go watch some television.

I wish I had an easy explanation for this. I’ve read the books, earned the degrees, suffered through the messy-first-draft workshops, written enough writing workshop-approved short stories to fill at least a debut collection. I’ve hung around in Iowa City and New York City. I’ve done weird and sometimes dangerous things just because I thought they might provide interesting fodder for a book. I’ve even had a baby. Most importantly, I’ve written books — just not my own. When faced with a blank document of my own making, I stare at the cursor for far longer than I’d like to admit. Then, I go watch some television.

Maybe I just work best when faced with an audience of one. After all, my clients are typically the only people who see the work with my name written on it.

Maybe I will finally learn how to (see: commit to) write my own story by writing the stories of others. Maybe one day my writing will be on your shelves. Maybe it already is — you just wouldn’t know it.