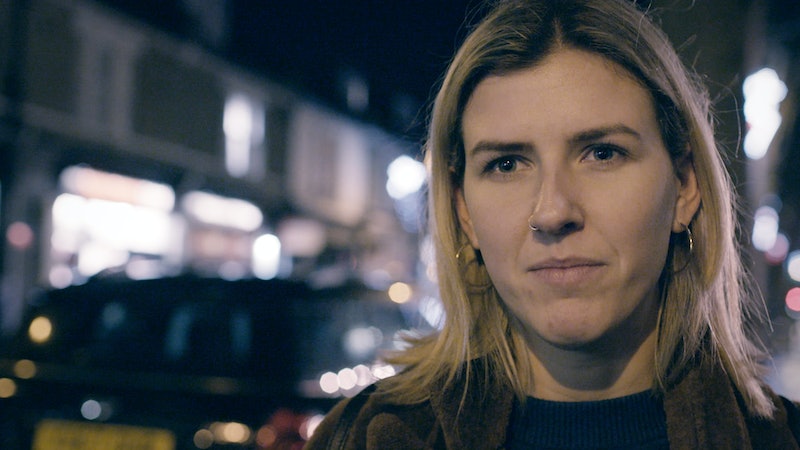 Years ago, it used to be the Avon lady. Now, it's might be that person from your school trying to sell you makeup on social media. Multi-level marketing (MLM) — or direct selling — has been around for decades. Personally, I'm beginning to notice it more and more. As a freelancer who belongs to numerous Facebook groups for remote workers, it's surprising to see the volume of people trying to recruit women into the industry. A new BBC Three documentary on MLM beauty companies examines this career path and everything that comes with it.

In Secrets of the Multi-Level Millionaires, journalist Ellie Flynn goes undercover to work as a consultant for two MLM companies: Nu Skin and Younique. Both sell beauty products. To make money, consultants have to sell products to people in their network. But that's not all. The real profits come from recruiting others. This usually allows you to not only get your own commission, but commission from the people you convinced to join too.

As Flynn finds out, the expectations — which can involve six-figure salaries, a healthy work-life balance, and even a free car — don't always match the reality. A couple of MLM sellers agree to speak to her about their experiences. As Refinery29 reports, Vickie underwent Nu Skin training and only made £20 in the six months afterwards. Lindsay, meanwhile, joined Younique three years ago and is now in £3,000 of debt.

The presenter goes deeper into the MLM world, investigating "accusations of illegal pyramid selling, systematic targeting of vulnerable people by recruiters, and even brainwashing." Despite what you may think, these companies are not legally classed as pyramid schemes. In the UK, the term is defined as a scheme where people earn money by convincing others to pay into it, not one that sells a product or service. Such schemes are illegal.

According to the BBC, more than 400,000 people in the UK are signed up to MLM companies. Some recruits are incredibly passionate, espousing the attitude that the harder they work, the more money they will bring in. But others have seen the dark side. In the U.S., people working for clothes-based MLM LuLaRoe filed a lawsuit in 2017, claiming that the company's main source of income comes from sellers looking to increase their inventory, reports Buzzfeed. Some admitted to spending thousands of dollars with little to no profit.

This is a common direct selling practice. The two companies featured in Secrets of the Multi-Level Millionaires encourage new recruits to buy an introductory product kit, allowing them to try the products at home and begin selling when they're ready. Younique's standard kit costs £69 while the premium set will set a consultant back £156. Nu Skin is way more expensive with each product package costing upwards of £400.

What's clear is that it only takes one success story to suck others in. Only one person needs to show off their shiny new car bought from the proceeds of their direct selling. Only one person needs to shout from the rooftops that MLM allowed them to quit their job. It may indeed be possible for a few sellers to reach the very top. But, as the documentary shows, many find themselves in the same position, or a much worse one, than before.

Secrets of the Multi-Level Millionaires will be available to watch on BBC iPlayer on April 27 from 10 a.m.