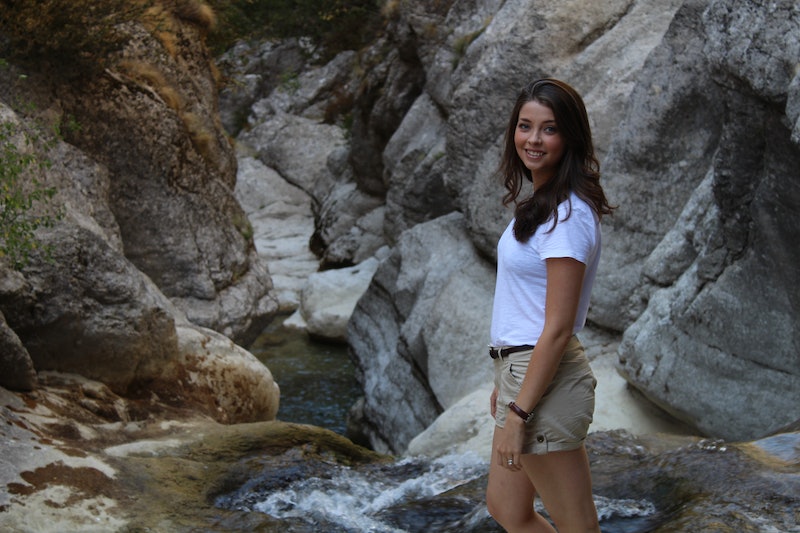 Walking into the rock climbing gym, drenched from the pouring rain outside, I felt as nervous as I did on my first day of second grade in a new school. However, I was also enthusiastic about what was to come. You might call this the first stage of failure: nervous anticipation compounded by blind optimism.

I had listened to two TED Talks about finding your purpose in life on YouTube and an entire motivational playlist on Spotify. I was ready. I was pumped. That is, until I walked into the gym and saw a climber dangling from the roof like Spiderman, attached to nothing but a cord. I had signed up for this three-day basic rock climbing course on a whim. The past couple of months had felt a little dull, and I'd fallen into a bit of funk. I wasn't feeling motivated in my work, I didn't really have any specific goals or much direction, and I was starting to feel like I was failing at life (some may call this a quarter-life crisis.)

Mostly, I was just looking for a new hobby to put some passion back into my life. However, I had no idea that this rock climbing class would end up teaching me more about life and failure than about how to use a belayer.

As a freelance writer, I face rejection on a weekly, sometimes daily basis (I compare it to always being on the losing end of a UFC fight in which you repeatedly get punched in the face.) In fact, if you're a living, breathing, human being, you've probably faced quite a few of those losing fights yourself. Failure is an inevitable part of life, and nobody avoids it. Surprisingly, it was through rock climbing that I realized failure doesn't have to define me — and in fact, it can sometimes be a good thing.

You Must Trust That You Will Be Caught

The first thing we learned in class was how to put on our harness, attach it to the rope, and attach that to a belayer (a small, metal device that allows the person on the ground to hold the weight of the climber with relatively little effort). Our climbing partner would feed the rope through the belayer, meaning that my life was in the hands of someone I had met 10 minutes ago.

When I climbed to the top of the wall, tired, sweat burning my eyes, and clinging on for dear life, I realized the only way down was to let go and trust that I would be caught. I let go of the wall and pushed off, my heart pounding. I was hanging from nothing more than a small metal device attached to my waist and a cord — but miraculously, I didn't hit the ground. I felt like Wonder Woman, and I knew Gal Gadot would be so proud of me.

Sometimes in life, I realized, you have to take a risk and trust that you will be caught. I was reminded of a quote from the book The Artist's Way: "Leap, and the net will appear."

You Must Practice Failure

In our second class, the teacher told us we would be practicing falling — and I swiftly ran out and never returned again. Of course, I'm kidding, but it definitely wasn't something I was looking forward to.

The idea of falling off the wall on purpose when the whole point was to climb upwards didn't feel quite right. Yet, by falling on purpose, I found another life lesson. Many people are so afraid of falling — and failing — that they never try at all. I've been one of those people. Although I've called it laziness, lack of motivation, and lack of passion, it was really just fear of failure in disguise.

Falling on purpose taught me that we need to fail, fail, and fail again. We need to practice failing so often that we no longer feel afraid of it — and then we can try to achieve our goals without letting fear get in the way.

Struggling Can Actually Make You Stronger

Legs burning, arms shaking, butt cheeks clenching, and cheeks crimson red, I was staring up at the next rock above me, thinking I couldn't go on. It would be so easy to just let go, give my partner a practice fall, and dangle above the ground to catch my breath.

But, I mustered up all the energy my burning muscles could find, and I grabbed that tiny yellow rock just above me. When I moved on to the more advanced walls, every single rock was a struggle, an obstacle, something I felt was just out of my reach. But, the more I practiced, the stronger I got.

I realized that with every difficult climb, every rock that was hard to reach, and every struggle I overcame, I was becoming a better climber. Just like in life, the struggles made me stronger.

Fear Can Actually Be A Good Thing

The first time I got to the top of the wall, I could feel adrenaline pumping through my veins, and I realized this was the excitement I was looking for. Before starting rock climbing classes, I had fallen into a rut. My days felt dull and I was spending all my time on Pinterest or YouTube, watching other people live out their lives.

Experiencing fear in life means you are stepping outside your comfort zone, pushing the limits, and taking chances. This may sound like a Tony Robbins motivational talk, but it's all true.

One of the reasons I decided to try rock climbing is because I was looking for something that would wake me up and make me feel like I was truly living. Ironically, nothing makes you feel like you're truly living more than the fear of death. Hanging from the top of a very tall wall with nothing but a stretchy cord to catch me definitely did the trick (sky-diving would have been way too much for me, even if it does look good on my Pinterest bucket list).

In The End, I Actually Did Fail, But I Still Learned A Lot Throughout The Journey

I live in Netherlands and though I try very hard, my level of Dutch is still a bit broken. Learning about three different types of belayers (after first having to learn what a belayer actually is) and trying to make sure my climbing partner didn't fall to the ground was quite difficult in another language.

At the end of class, everyone got a certificate except for me. The teacher felt that I needed extra lessons since it was hard for me to understand everything in Dutch. I was pretty devastated, especially since I had been feeling like a bit of a failure before I started this class, and thought taking it might give me a confidence boost.

However, I realized that I didn't need that piece of paper to tell me I had successfully finished the course. I was taking climbing lessons for the experience, the journey — and in the end that is what mattered.