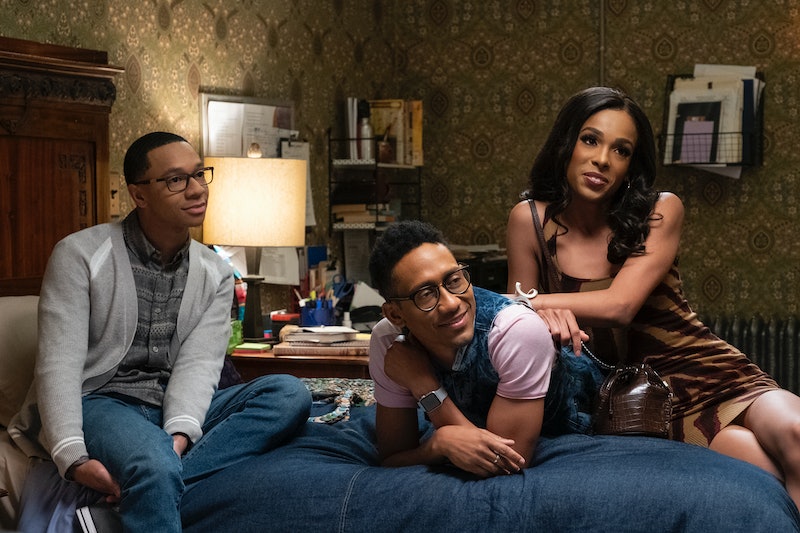 No element of modern collegiate living goes unexamined in Dear White People as the members of the Armstrong Parker House try to make it through four years at Winchester University. It's unclear which university Winchester is based on, but that's on purpose. Creator Justin Simien has explained in the past that Winchester isn't based on any particular college, but on his own experience in under grad.

Simien did not attend an Ivy League school himself, instead pursuing an education at the liberal arts college Chapman University. The student body of Chapman University is less than 2% black, according to The Orange County Register, with Simien being part of that minority. "I encountered people who had presumptions about me, about race,” Simien told The Orange County Register. “It made me uncomfortable." While Chapman isn't an Ivy like Harvard or Yale, Simien told the Huffington Post that he decided to set his story at an Ivy League school to heighten the stakes of Dear White People.

"I just thought that setting it in an Ivy League university would make for some interesting stakes and consequences for the characters," Simien said. "There really are only a few better microcosms of the American power system than Ivy League institutions."

Simien describes Winchester as "an amalgamation of a bunch of Ivy League schools" to Huffington Post. As such, Winchester shares a some of the characteristic staples of Ivy League universities — centuries-old brick buildings, lush campuses filled with greenery, prolific lineages, and immense wealth all play into the culture at Winchester. Simien wants audiences to "think of Winchester as a television version — or a theme park version — of the American cultural elite."

That means instead of Yale's Skull & Bones secret society, Winchester has a fictitious "Order" and instead of Harvard's famous Lampoon, Winchester publishes the humor magazine Pastiche. Winchester isn't quite any particular Ivy League school, but it has all the signifiers that have come to define the Ivy League.

While Dear White People focuses primarily on the members of Winchester's Black Student Union, the larger story being told is about the traditions of old clashing against the newest generation of students that seek to disrupt and challenge the very traditions that Ivy Leagues schools build their names on. While Simien's characters have plenty of bones to pick with their school, Simien doesn't seem to share that resentment with his alma mater. Simien returned to Chapman in 2018 to speak to students interested in filmmaking and told The Orange County Register that there is a "beautiful film community" present there.

Simien's decision to set Dear White People at an Ivy League university allows him to imagine the kinds of students that will eventually go on to run for political office, create world-altering technologies, shape businesses, and leave their mark on the world. Winchester may not be a real school, but the show's commentary on higher education, pop culture, white supremacy, and class are all rooted firmly in reality.