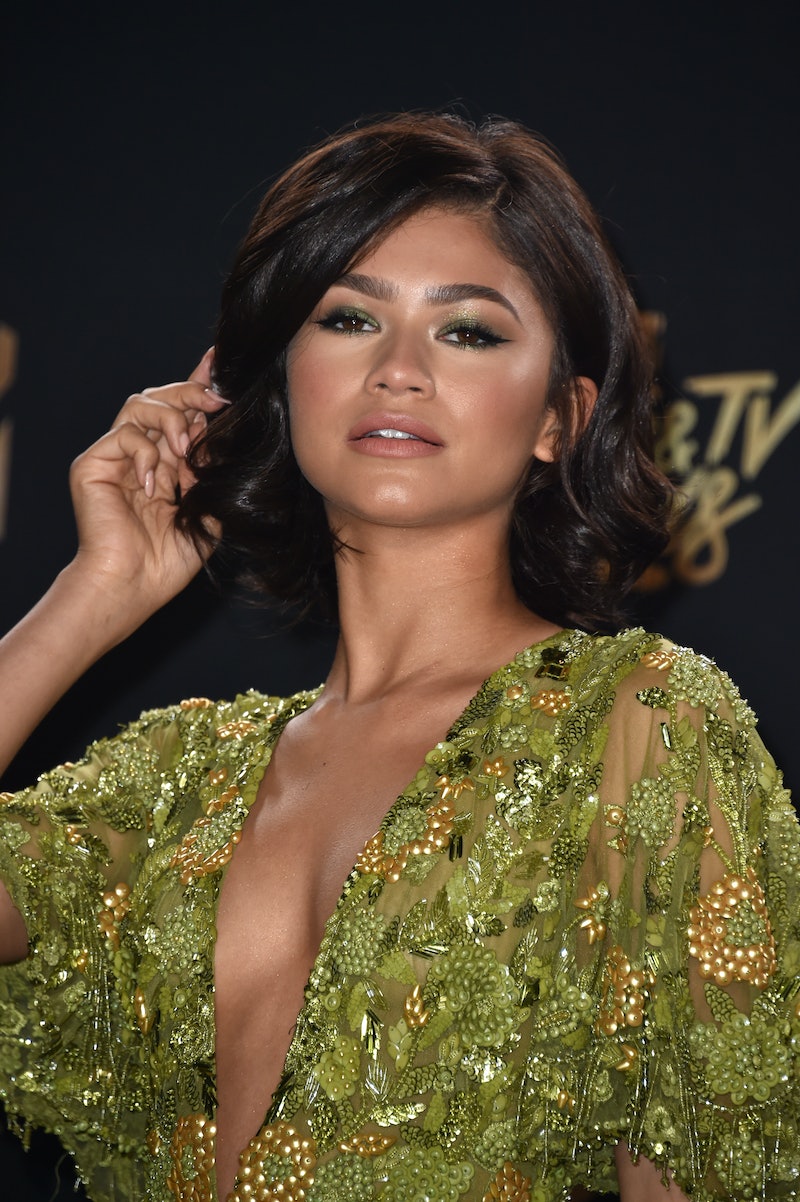 Let's cut to the chase, the MTV Movie and TV Awards red carpet is at 6pm EST on June 18. In case the name didn't already tip you off, it will air on MTV.

If you can't seem to beg your best friend or neighbor for their cable passwords, rest easy. MTV will be live-streaming the red carpet and the entire show on its website. All you need is wifi, and you won't miss a single thing.

Stars will walk the red carpet wearing god knows what three hours before the event starts. Because everyone knows that the best part of the awards show is seeing what people are wearing. Celebrities from host Tiffany Haddish to the cast of Riverdale will be coming to the show this year. Although Haddish already rolled her own red carpet out in her promo, it doesn't officially happen on your tv until June 18. You ready? She ready.

What can you expect this year, as far as fashion goes? Well, no one can really say. Because it's one of the more laid-back awards shows of the season, you never know what outfits will be seen. While Oscars fashion is extremely formal and the Golden Globes keeps to ball gowns, the MTV Movie and TV Awards are the time to take some risk.

That's all the more reason to watch this year. While there is no crystal ball to predict outfits, there is the power of pattern. If this year's red carpet is like the rest, there will be tons of prints and bright colors. Oh, and sequins. Last year's stars loves the sequins. You know, all the things that people don't dare wear to the formal event.

There will also likely be way more quirky accessories than the other awards shows. I'm talking character-inspired handbags, fun shoes, and definitely some sunglasses. Because that's something that happens at the MTV Movie and TV Awards. Some people even decide to not dress up at all, like Paris Jackson, who work a graphic tee and jeans.

Another major perk of the MTV Movie and TV Awards is that there are so many different celebrities there. While actors like Zendaya and Amy Schumer pop up, so to MTV cast memeber. You know, the people from Teen Mom. Sometimes a Kardashain or two even show up. You never really know.

What is known this year is that the cast of Riverdale and Stranger Things will be there. There will also be some music thrown in, since it is on MTV. Nick Jonas and Chloe x Hallee are set to perform, according to the show's website. Seth Rogan and Mila Kunis will also make an appearance, because why the heck not.

Another major moment is the Generation Award, which will go to Chris Pratt this year. The Jurassic World and Parks and Rec star isn't the only one being honored, either. The Trailblazer Award goes to Lena Waithe as well. All in all, it's going to be a pretty great night.

Mark your calendars, because this is a night that you won't want to miss. You'll likely be able to watch the replay oft he actual event all week long on MTV, but you'll only be able to see the the red carpet live once.