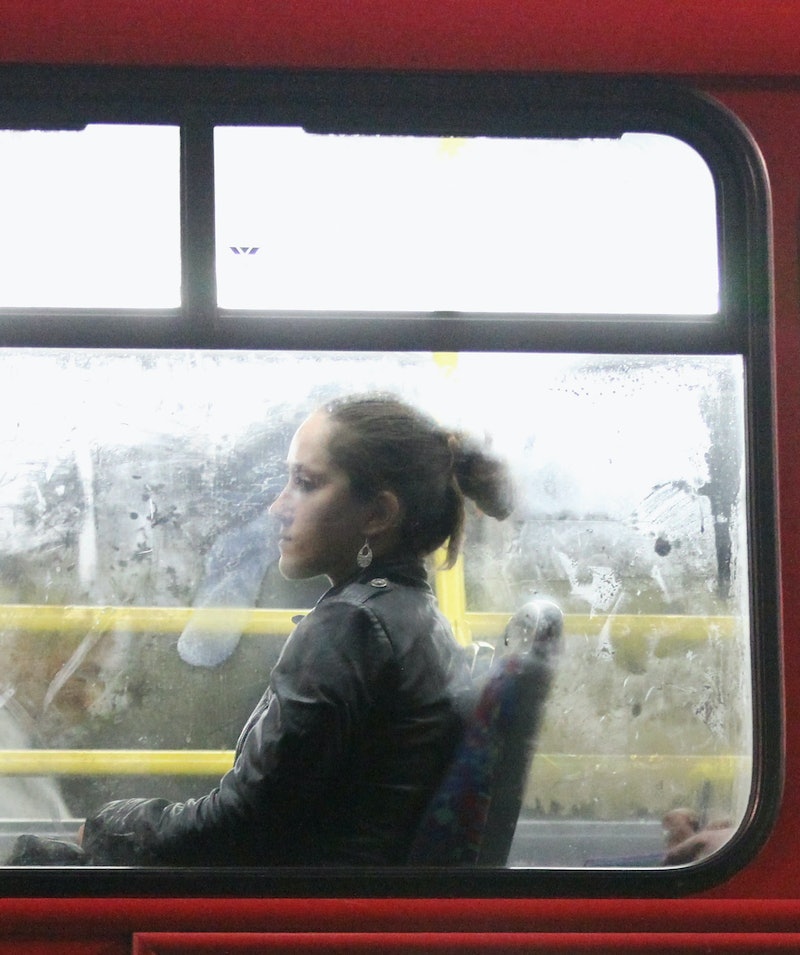 Whether you do it by bus, train, on foot, or in your car, commuting to and from work is likely part of your daily routine. Have commuter anxiety? You're not alone. People with long commutes report a higher level of stress and anxiety. If you're having an anxiety attack on your commute, there are some things you can do to take back control. According to the U.K.'s Office of National Statistics, people who commute between 61 and 90 minutes each way experience higher levels of anxiety that those with shorter commutes. Because commuting makes most people anxious to begin with, things that force you to deviate from your regular commuting routine can cause anxiety to spike.

Maybe the train has stopped and there's no news about when it's going to get going again, there's a five-car pile up on the freeway, or you missed your regular bus. Maybe you're definitely going to be late for an important presentation, or the idea of having an anxiety attack is triggering anxiety itself. Sometimes, a panic attack can happen without rhyme or reason, anywhere, anytime — including on your commute. With all of the variables on your daily commute, it's pretty difficult to control everything around you. If you find yourself having an anxiety attack during your commute, here are some ways you can manage your symptoms.