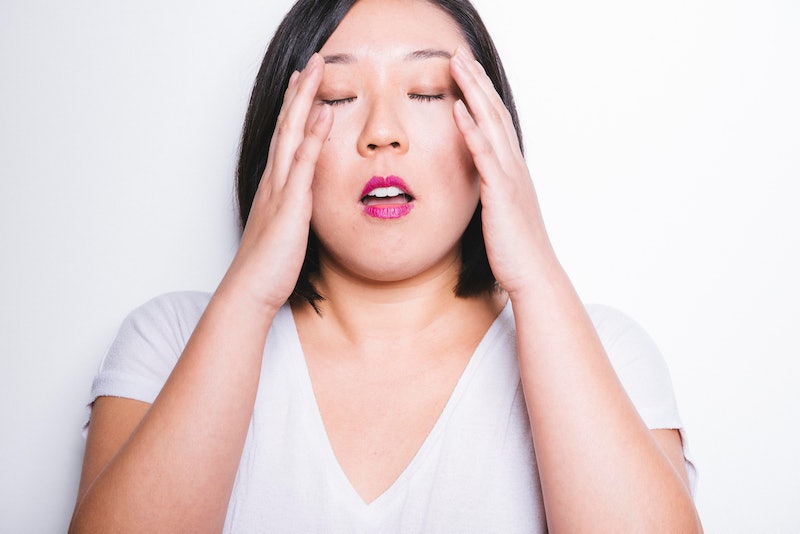 With the #MeToo movement in full swing, and the open conversations around ending workplace harassment, our country — despite being in Trump's America — has been getting more open and honest about everyday challenges that women face, both in relationships and by strangers in the street. However, many people still don't know what to do when they're being emotionally abused.

The facts alone are startling. According to research conducted by The National Domestic Violence Hotline, one in five college women have reported being verbally abused by their partners. What's more, 57 percent of college students say it is difficult to identify this type of abuse. In addition, other research has shown that nearly half of all men and women have experienced psychological aggression by an intimate partner. And, women ages 18 to 24 and 25 to 34 generally experience the highest rates of intimate partner violence, according to The National Domestic Violence Hotline.

Although emotional abuse may not be as clear-cut as forms of physical abuse, emotional abuse is just as damaging and dangerous. Yet, sometimes it really is hard to tell when it's happening to you.

"It can be so easy and tempting in romantic relationships to explain a subtle comment or behavior away as the person 'having a bad day' or blaming yourself for being 'overly sensitive'," Julie Williamson, founder and therapist at Abundant Life Counseling in St. Louis, tells Bustle. "But if a comment or behavior bothers you, let your partner know how you're feeling. If your partner responds positively to you, then it may just be a one-time occurrence. However, if it continues, or if your partner uses this emotional disclosure in a negative way in the future, that demonstrates a pattern that is typical of emotional abuse.

Emotional abuse can be difficult to recognize because it's so subtle, and the abuser can manipulate the victim into thinking it's their own fault, i.e. "you shouldn't have done that; you knew it'd make me angry." Some of these signs of emotional abuse include controlling behavior, jealousy, and passive-aggressive behavior, according to Psychology Today.

If you're feeling trapped in your relationship and feel as though you may be suffering from emotional abuse, know that there are tons of resources out there. Below, experts share their best pieces of advice for leaving an emotionally abusive partner.