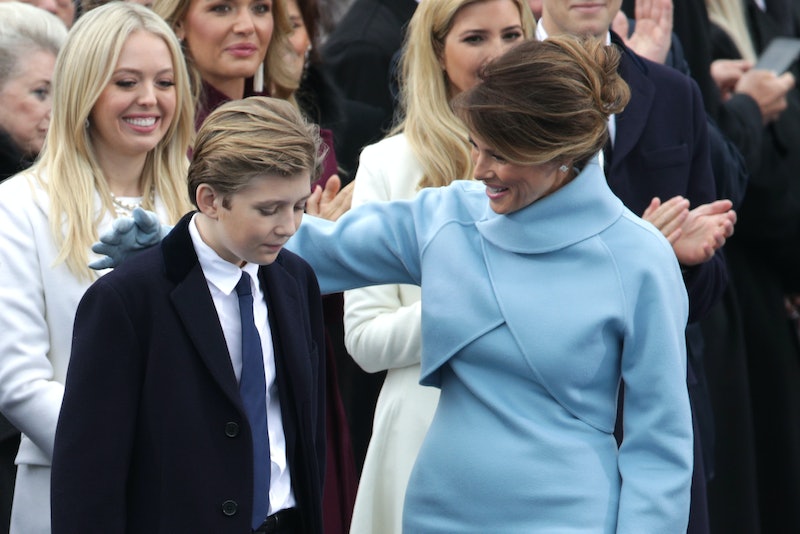 A firestorm of controversy erupted on Jan. 20, and I'm not talking about the inauguration of Donald Trump (though certainly, that was controversial enough for plenty of Americans). I'm referring to something that went down in the Twitterverse, as "Barron Trump" began trending. Most tweets referenced the 10-year-old son of the new president in ways negative and cutting; some tweets were downright cruel. And several of the sources were shocking, coming from accounts of otherwise respectable, "liberal" adults. The story gained attention, resulting in many of the tweets being deleted, and the suspension of a Saturday Night Live cast member.

Since then, there has been a counter-backlash. Chelsea Handler asks why a comedian appears to be held to a higher standard of behavior than the president. Others want to know where the outrage was when Sasha and Malia Obama were also cyber-bullied. Some argue that everyone is overreacting.

Those are fair questions. But none of them change the fact that when an adult gets online and says that a child looks like a "freak," a "future rapist," or predicts he will become America's first "homeschool shooter," that is cyberbullying of the highest order. So here are some ideas for how to respond if you encounter someone making fun of Donald Trump's youngest son.

For starters, drop the snark. Be serious. Many Americans find it hard to avoid mocking the president, which is fine (and healthy for democracy), but the topic of bullying kids deserves a different tone.

And tone matters, because the issue of online rhetoric — especially when it is directed at children — extends well beyond Barron Trump. Most of us were fortunate enough to grow up with at least a few years free of the nastiness that defines internet commentary right now. But Barron Trump and his peers are not so lucky.

Second, be a giver of the benefit of the doubt. The impulse in political argument these days is to go straight for the jugular — attack a person's character. Refrain from that. Anyone can make a mistake or change her mind; it's probably not the case that millions of Americans are cool with bullying kids. So don't go there.

But do point out how unfair it is to heap your view of an adult's actions onto an innocent kid. Whether that child's name is Barron, Malia, Sasha, Jenna, Barbara, or Chelsea — or any other name shouted at the local playground.

Not that it should matter, but you might also point out that Barron Trump could very well grow up to denounce his father's views and actions. There's actually a recent precedent for this in presidential politics. Ron Reagan, son of Republican President Ronald Reagan, spoke at the 2004 Democratic National Convention.

Barron's future politics aren't the issue of course, but what you're getting at is that he's a child — he isn't mature enough to make political decisions for himself. One day, he will be. Right now, he's not. Even if he came out with a bullhorn and rode through the streets of D.C. proclaiming his support for all-things-dad, he should still be off-limits to adult sneers and insults.

Ultimately, how we treat children (all of them) speaks to our character. And with just 10 years to his name, Barron Trump is definitely a child. His right to privacy and the goodwill we rightfully extend to all kids doesn't end just because he happens to have a father who decided to run for president. So actually, this one's pretty easy:

If you wouldn't want it posted online or said aloud about the kid down the street, or your niece, or your godson, or really any child close to you, then don't post it or say it about Barron Trump.