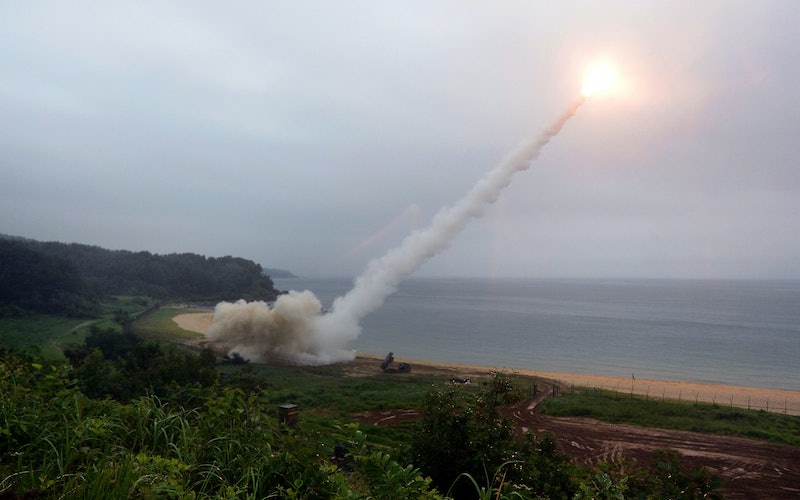 This week has seen an escalation in tension between the United States and North Korea, thanks in no small part to new claims that the hostile state has developed miniaturized warheads. When combined with recent reports that North Korea has developed and successfully tested intercontinental ballistic missiles capable of reaching the United States, it's easy to see why concerns are high. As for which U.S. cities North Korea could ostensibly hit, however, it really depends on who you're listening to, and who you believe.

First things first, a hugely necessary disclaimer: While some U.S. intelligence sources have reportedly claimed that North Korea has developed the technology required to launch nuclear missiles at the American mainland, sometimes U.S. intelligence sources are wrong. And these kinds of claims rarely deserve as much skepticism, scrutiny, and restraint as when they could potentially lead to a war. You need look no further than the fallacious reports of weapons of mass destruction in Iraq in 2002 and 2003 to see the human cost of unquestioningly accepting such things.

That said, recent reporting has suggested, at any rate, that North Korea's last successful ICBM test demonstrated the capability to reach not just the west coast of the United States, but as far east as cities like Washington, D.C. and New York.

If that were true, in other words, there really wouldn't be any part of the American mainland that'd be prohibitively off-limits. The American capital sits approximately 6,857 miles from the North Korean capital of Pyongyang and is reportedly still theoretically within the range of the ICBM North Korea tested in late July, which gives a pretty good sense of the range estimates being discussed.

For instance, the cities of Chicago and Philadelphia ― again, assuming the veracity of these claims ― would be within that range. So too, therefore, would virtually everything in-between ― places like Minneapolis, Milwaukee, Indianapolis, Las Vegas, Phoenix, Memphis, Houston, Los Angeles, San Diego, San Francisco, Seattle, Oklahoma City, Boston, you name it.

In short, if what's been reported in the press regarding the latest ICBM test bears out, it's more a question of where a missile couldn't hit than where one could. But that's not the only factor to consider when weighing how the U.S. should respond ― there's still overwhelming reason to doubt that North Korea would ever exercise that ability, considering doing so would likely result in a catastrophic retaliatory strike that would wipe it out and kill millions in the process.