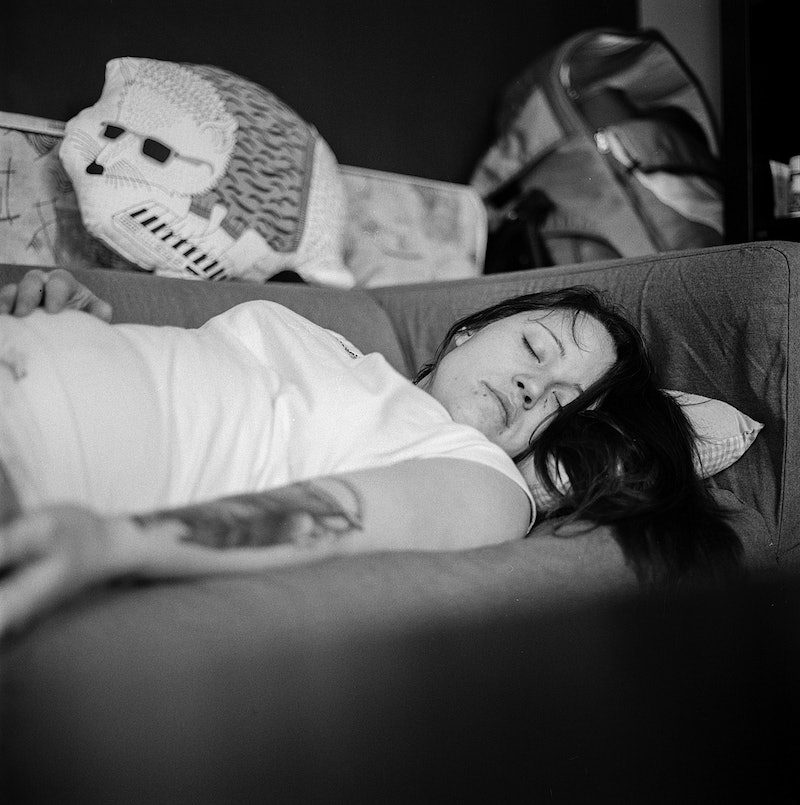 If you sleep through the night without waking up, then you are very lucky. More than 40 percent of Americans report having trouble staying asleep, according to the National Sleep Foundation. While there are many theories about why this is, waking up at different times of the night has different meanings, depending on what time you are roused from slumber, according to Chinese medicine.

"Time at which you go to sleep or wake up could be sending you a warning message you shouldn’t ignore," an article on Wikr.com noted. And New York Magazine reported that our obsession with sleeping through the night is actually a modern phenomenon that began in the 1800s, so don't freak out if you wake up when you think you should be asleep. The magazine noted that historian Roger Ekirch examined how the traditional pattern for nighttime sleep was to do it in two shifts of “segmented sleep.”

"These two sleeps — sometimes called first and second sleep, sometimes 'dead sleep' and 'morning sleep' — bridged an interval of 'quiet wakefulness' that lasted an hour or more," Benjamin Reiss explained in New York Magazine. "During the period of nighttime wakefulness, Ekirch showed, different cultures elaborated rituals — of prayer, lovemaking, dream interpretation, or security checks — and while the rituals varied, the pattern itself was so pervasive as to suggest an evolutionary basis that somehow became disrupted in the modern West."

If you're not sleeping through the night, you are completely normal. And, if you're waking up — especially at certain times — your body and mind might be trying to tell you something. Here's five things to pay attention to.

1. Trouble Falling Asleep Between 9 And 10 p.m.? You're Stressed

If you feel on edge during the time when you should be winding down, you're most likely stressed. And in today's political climate, who isn't stressed? Practicing meditation before bed can help lull you off to dreamland. Additionally, Marie Claire reported that Yoga Nidra, also known as sleep meditation, can help you get those coveted Zzzs.

Learn how to practice sleep meditation.

Wikr.com advised that people experiencing this type of wakefulness should practice mantras and try to forgive and accept themselves as they are.

Waking up between 1 and 3 a.m. could mean you're experiencing built-up anger. "This energy is connected to the liver and associated with anger and an excess of yang energy," Wikr.com reported. Additionally, the Traditional Chinese Medicine World Foundation noted that liver-function problems and anger are closely related.

"Anger is the emotion associated with the liver. If you are often irritable, get angry easily, have trouble unwinding from the day’s activities, have trouble reasoning or going with the flow and letting things go, you are experiencing a liver function problem," according to Traditional Chinese Medicine World Foundation. "Experiencing these emotions chronically or excessively can seriously unbalance the function of your liver."

4. Waking Between 3 And 5 a.m.? A Higher Power Is Trying To Tell You Something

The time between 3 and 5 a.m. is related to the lungs and sadness, according to Wikr.com. Additionally, a higher power may be trying to tell you something. "If you wake up at this hour it is because a higher presence wants to guide you to a bigger purpose."

In traditional Chinese medicine, the lungs are tied to sadness and depression, and deficient lungs signal not wanting to inhale emotionally.

"Whenever you suffer from a lung deficiency and you have any of the aforementioned symptoms [desperateness, pessimism, feeling like a victim, injustice, and emotional coldness] it is very important that you reevaluate the philosophy by which you live," The Joy of Wellness noted. "Find new ways of focusing on life and find alternatives for self-motivation. Learn more about yourself and about your spiritual power that lies within yourself."

Wikr.com suggests performing meditation and breathing exercises to get back to sleep.

Being awakened between 5 and 7 a.m. is tied to intestinal health and can signal emotional blocks.

"An emotional imbalance in the large intestine energy could manifest as chronic constipation, but it could also manifest as an emotional tendency to not let things go," Stepping Stone Acupuncture and Wellness explained. "Or chronic constipation could lead to certain destructive patterns of negative emotions. These aspects are not separate and distinct, but different manifestations of the same core imbalance."

What's more, according to traditional Chinese medicine, the function of the large intestine is to let go of things that don't serve us. This relates to both physical and emotional aspects. "On an emotional level, the large intestine does the exact same thing," Stepping Stone Acupuncture and Wellness noted. "Healthy large intestine energy allows us to let go of patterns of negative thinking, destructive emotions, and spiritual blockages that we create that prevent us from being our best."

Wikr.com advises trying to go to the bathroom, and stretching before going back to sleep.

Basically, traditional Chinese medicine focuses on a mind-body connection, and if this speaks to you it's worth learning more about what your body might be trying to tell you. Because it's not all in your head.

More like this
Kourtney Kardashian’s Wellness Guru Shares Her #1 Tip For Better Health
By Taylor Jean Stephan
Here’s Where The NHS Nurses’ Strike Currently Stands
By Sophie McEvoy
10 Primal Movement Exercises That'll Improve Your Mobility
By Carolyn Steber
Here’s What Health Means To People In 2023
By Isabella Biedenharn
Get Even More From Bustle — Sign Up For The Newsletter
From hair trends to relationship advice, our daily newsletter has everything you need to sound like a person who’s on TikTok, even if you aren’t.